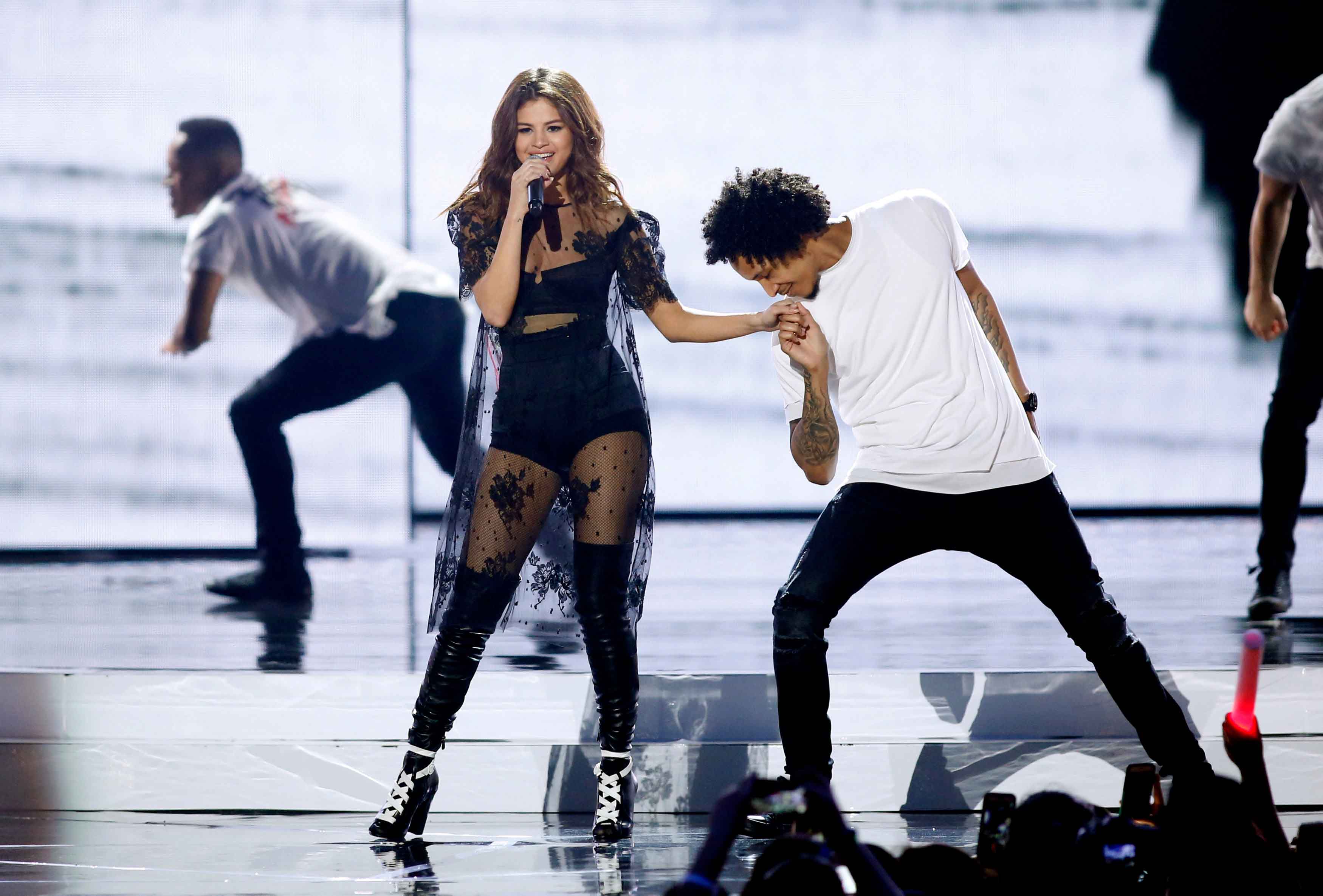 Singer Selena Gomez performs during We Day California in Inglewood, California, on April 7, 2016. Photo: Reuters
NEW YORK: Pop star Selena Gomez said she canceled her world tour last year and went to therapy because she was depressed, anxious and "my self-esteem was shot." Gomez, 24, who has more than 113 million Instagram followers, also said in an interview published on Thursday that she was freaked out by her social media obsession and no longer has the Instagram app on her phone. “As soon as I became the most followed person on Instagram, I sort of freaked out. It had become so consuming to me. It’s what I woke up to and went to sleep to. I was an addict," Gomez told Vogue magazine in a cover story for its April edition. The former Disney Channel singer and actress made headlines last August when she abruptly quit her "Revival" world tour, saying she needed to take time off to deal with panic attacks and depression. She told Vogue she entered a treatment program for three months. “My self-esteem was shot. I was depressed, anxious. I started to have panic attacks right before getting onstage, or right after leaving the stage. Basically I felt I wasn’t good enough, wasn’t capable. I felt I wasn’t giving my fans anything, and they could see it — which, I think, was a complete distortion," she said. Gomez said she had also found it hard - as have other young stars like Miley Cyrus and Lindsay Lohan - to shake off her perky "Wizards of Waverly Place" persona from her Disney days. "For a guy there’s a way to rebel that can work for you,” she said. "But for a woman, that can backfire. It’s hard not to be a cliché, the child star gone wrong."
#Selena Gomez #therapy #Instagram addiction #low self-esteem #Vogue magazine #social media obsession
You May Also like: