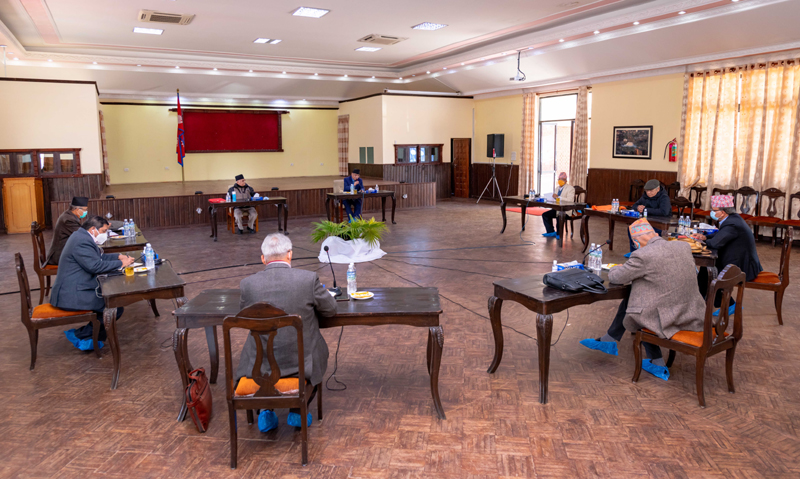 Paudel, who belongs to the NCP faction led by Oli, had sided with Oli and didn’t call the Secretariat meeting though five members of the nine-member body had sought a meeting earlier this month.

“What do I say when wisdom is not exercised in such matters?” he wondered. Gautam said the party was facing a grave crisis due to delay in calling the Secretariat meeting.

He said the general secretary should not support arguments against convening a party body’s meeting.

Issuing a press statement after yesterday’s meeting, Gautam said, “Parties’ life is reflected in committee meetings. The day parties stop holding meetings, it is a beginning of their end.”

Recently, Gautam said at a public forum in Dang that he was not in favour of factionalism in the party. He, however, has been accused of switching sides in the party and has aligned with Co-chair Pushpa Kamal Dahal, Madhav Kumar Nepal, Jhalanath Khanal and Narayan Kaji Shrestha in the party Secretariat.

He was among the five leaders who asked Oli to call party Secretariat meeting to discuss several issues.