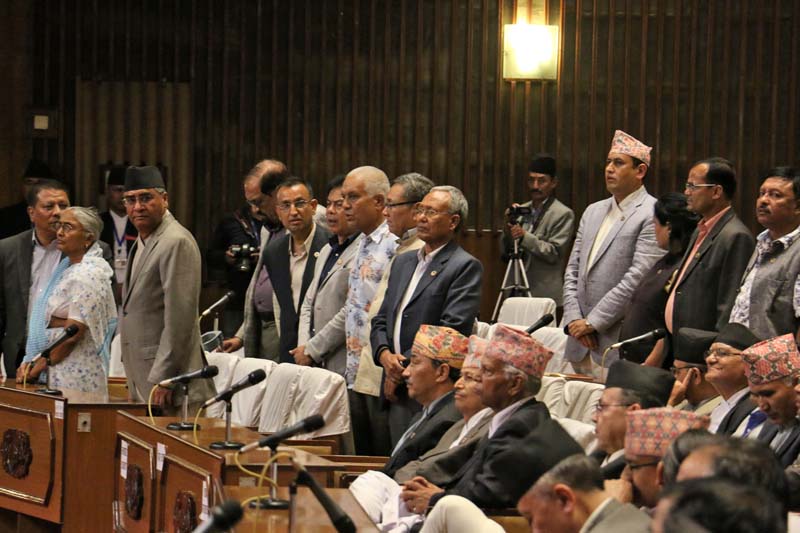 KATHMANDU: The main opposition Nepali Congress has welcomed the agreement with the government regarding the release of relief money to the earthquake survivors for reconstruction of their houses.

Issuing a statement after Prime Minister KP Sharma Oli addressed the Parliament, the Nepali Congress Parliamentary Party said the party believed that the challenges that the country faces can be resolved in future also through agreement, common commitment and mutual trust.

Nepali Congress had been stalling the Parliament to make the government responsible towards relief distribution and reconstruction as those affected by the earthquake were deprived of support from the state even after 14 months of the devastation, the statement said.

Also, the two sides agreed to include the missing names of victims in the list of those entitled to the relief amount, and carry out the post-earthquake reconstruction campaign fairly and transparently.

PM says stay in House instead as Madhesi parties walk out