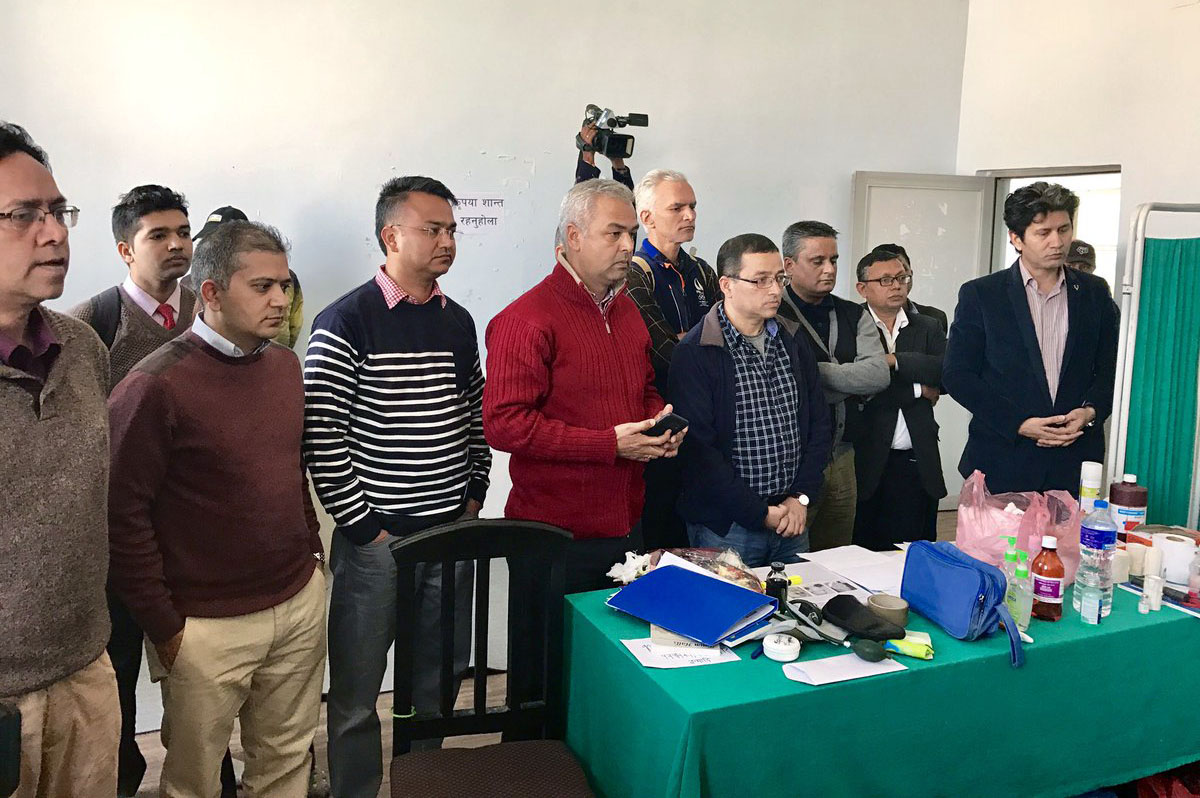 Editors of various media meet Dr Govinda KC, who is on his 10th fast-unto-death, demanding reforms in medical education sector in the country, at Maharajgunj-based Tribhuvan University Teaching Hospital in Kathmandu on Thursday, December 1, 2016. Courtesy: Dil Bhusan Pathak/Twitter
KATHMANDU: As many as 10 editors of broadsheet dailies, online portals and television have expressed their solidarity with the strike of Tribhuvan University Teaching Hospital's senior orthopaedic surgeon Dr Govinda KC. They reached the veteran's strike site today and said their media would raise his demands effectively. "We are also concerned with the apathy the government has shown to his demands," the journalists also said in a press statement later. "It is shameful that demands raised by a responsible citizen on public concerns have not been addressed even after 10 strikes," the statement read. Those expressing solidarity include Akhilesh Upadhyay of The Kathmandu Post, Guna Raj Luitel of Nagarik, Prakash Rimal of The Himalayan Times, Prateek Pradhan of Baahrakhari.com, Narayan Wagle of Setopati, Prashant Aryal of Nepal, Sudheer Sharma of Kantipur, Dil Bhushan Pathak of Kantipur Television Network, Kiran Nepal of Himal and Subhash Ghimire of Republica. "We call to save his life. May the government and the stakeholders hear his demands at the earliest," they said, "We request that there should not be any situation to launch such protest in the future risking his life."
#Tribhuvan University Teaching Hospital #Dr Govinda KC #Nepali media #CIAA chief impeachment #Nepal medical education sector #Reforms in Nepal's medical education #Editors-Dr Govinda KC meeting
You May Also like: