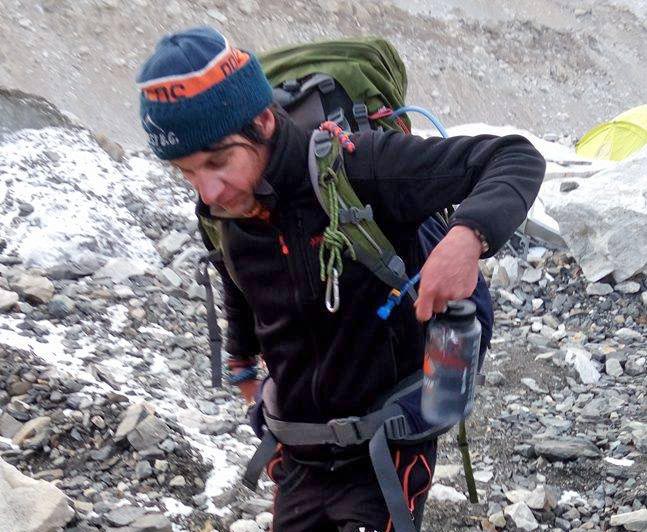 Nepali authorities said today a South African who tried to climb Mount Everest without a permit could go home without paying a $22,000 fine, but he was banned from mountaineering here for 10 years.

Ryan Sean Davy, 43, was found hiding in a cave near Everest base camp nearly two weeks ago after being spotted on the world’s highest mountain without a $11,000 climbing permit.

The South African, who has no prior mountaineering experience, said he could not afford the hefty permit fee but wanted to scale Everest and document his experience in a book and film.

“The tourism department has excused me and given me permission to go home,” Davy told AFP.

The department had previously said they were looking at converting the fine to a jail sentence of up to four years if the South African could not pay.

“I’ve not yet quite processed it but, yeah, I’m ecstatic. I thought they would give me at least two months to a year (in jail). So this is a big surprise. I better leave before they change their mind,” Davy said, adding that he was made to hand over the memory cards from his camera.

When caught two weeks ago, the South African told officials he had climbed as far as Camp I — at 6,000 metres (nearly 20,000 feet) — crossing the treacherous Khumbu icefall, despite not having all the proper equipment.

His passport was confiscated by government officials, who ordered he return to Kathmandu to collect it and pay a fine — a journey he made by foot because he could not afford a plane ticket.

During questioning in Kathmandu he was arrested under Nepal’s strict public order laws for swearing at officials and spent a week in detention. He was released on a $10 bail on Monday but had to report to the tourism department every day.

Johannesburg-born but US-based, Davy moved to Aspen in Colorado six months ago to prepare for his Everest bid, living out of a van as he was short on cash. He taught himself to climb by reading mountaineering books and watching YouTube videos.

Davy said his Everest mission was not yet over and he intended to try to summit from the Tibet side — this time with a permit. “I’m going to start raising money for a permit on the Tibet side and finish my climb,” he said.