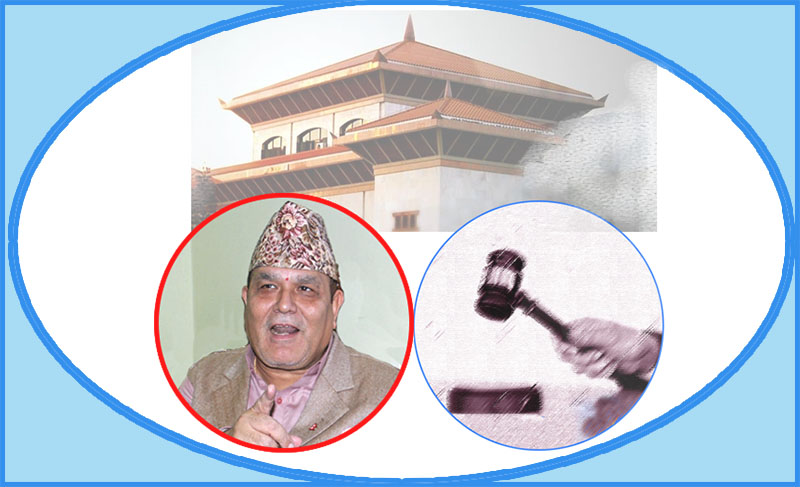 Lok Man Singh Karki faces impeachment motion at the Parliament.
KATHMANDU: The Federal Alliance, consisting of parties dissatisfied with the Constitution, on Thursday said it would not form its official view on the impeachment motion filed against the Commission for the Investigation of Abuse of Authority chief Lok Man Karki unless the proposers clarified the intent behind it. The Alliance also demanded that the parties proposing the motion should clarify on all dimensions of the issue as the Alliance was never consulted. The decision was made in a meeting chaired by Federal Socialist Forum-Nepal Chairman Upendra Yadav at the party’s central office in Tinkune. According to the issued after the meeting, the block wanted an explanation on why the motion was filed without any consultation with them. Meanwhile, the statement also stated that the Alliance could not agree to the Local Body Restructuring Commission's proposals on local body restructuring until the issues of provincial demarcation were solved. The parties have also warned of obstructing election preparations and procedures if their concerned were not addressed in the purported Constitution amendment. Meanwhile, the Alliance has also demanded the implementation of three-point deal it had signed with the Nepali Congress and the CPN-Maoist Centre before the PM election on August 3, without deviating from what was promised.
#Federal Socialist Forum-Nepal Chairman Upendra Yadav #constitution amendment #Federal Alliance #Local Body Restructuring Commission #CIAA chief Lok Man Karki
You May Also like: