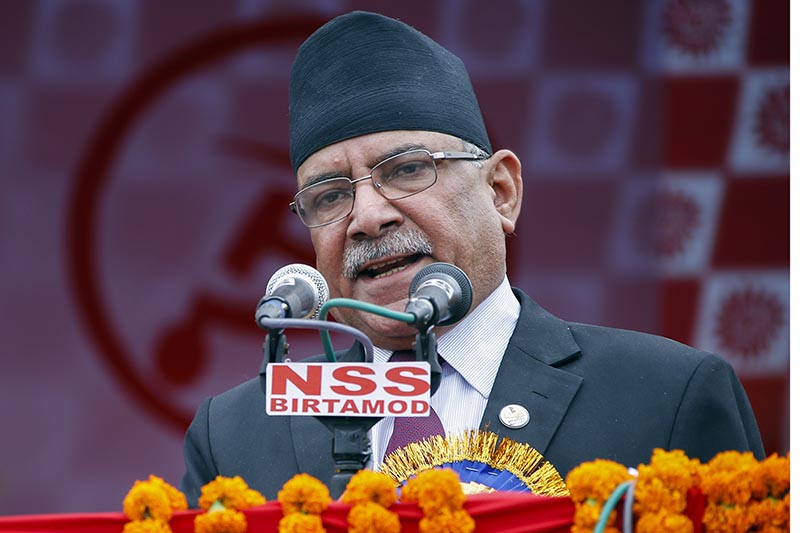 PM Pushpa Kamal Dahal addresses a programme in Jhapa, on Thursday, April 20, 2017. Photo: RSS
KATHMANDU: Prime Minister and CPN Maoist Centre Chairman Pushpa Kamal Dahal has said that the government is committed to holding local-level elections at any cost. Welcoming leaders and cadres into his party at a function held at his residence in Lazimpat on Monday, he said the filing of nominations for the election tomorrow will begin the process of the first phase of elections. "There is no relation between the impeachment motion and the elections," he clarified. Stating that the registration of the impeachment motion has created a new wave in politics, the Prime Minister said the motion will follow its due parliamentary process, which do not have any impact on the elections. The constitution amendment process would also move ahead accordingly.
#local polls #Pushpa Kamal Dahal #CPN Maoist Centre #Impeachment motion #local level elections
You May Also like: