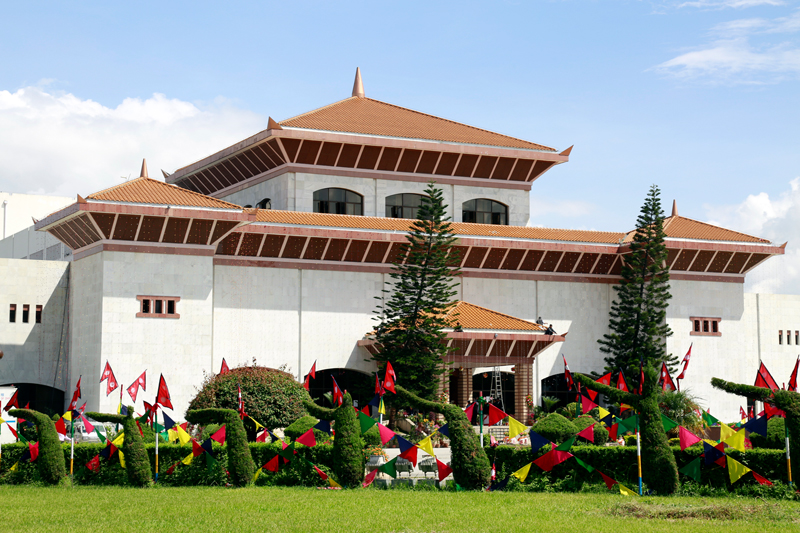 The Parliament building on September 20 before the promulgation of Constitution. Photo: RSS
KATHMANDU: Parliament meeting on Thursday endorsed condolence motion on the death of  Parliamentary Party leader of main opposition Nepali Congress and former Prime Minister Sushil Koirala. The House observed one minute silence to pay respect to Koirala. Koirala was the member of Parliament from Banke. He passed away at the age of 76 on Tuesday wee hours and was cremated yesterday at Pashupati Aryaghat with state honours. He served as Nepal’s 37th Prime Minister from February 2014 to October 2015. The next meeting of the Parliament has been scheduled for February 16. READ ALSO