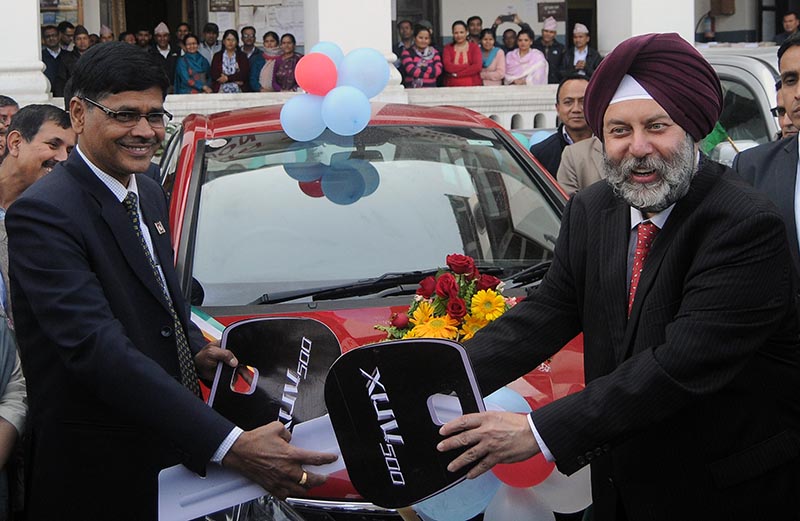 The Government of India gifted several vehicles to the Election Commission for use during the upcoming local level elections.

Chief Election Commissioner Ayodhi Prasad Yadav received the vehicles from Indian Ambassador to Nepal Manjeev Singh Puri at a function held on the premises of the EC in Kathmandu today. Yadav thanked the Indian government for its support and said the election body was determined to hold polls in a free and fair manner.

The Indian Embassy said the vehicles were donated by India to the EC of Nepal as per the Nepali government’s request.

The vehicles include 35 double cabin pick-ups, seven Scorpio jeeps, four sedan cars, one  XUV car, one minibus, one microbus, 30 pulsar motorcycles, and seven scooters, according to the release issued by the Indian Embassy.

It said that the total cost of these vehicles is Rs 89.17 million and the vehicles will be used in different parts of the country to conduct the polls.

Recalling a conversation between the prime ministers of Nepal and India last week, Ambassador Puri reiterated that India would extend all possible assistance for elections and was ready to support every effort to achieve peace, stability and socio-economic transformation in Nepal.

He conveyed best wishes on behalf of the Government and people of India to the Election Commission of Nepal for success in holding elections.