The Department of Transport Management, which had stated that it would start issuing new driving licences after the festive season, has not even started preparations to do so and there is no sign of resumption of the service in near future. 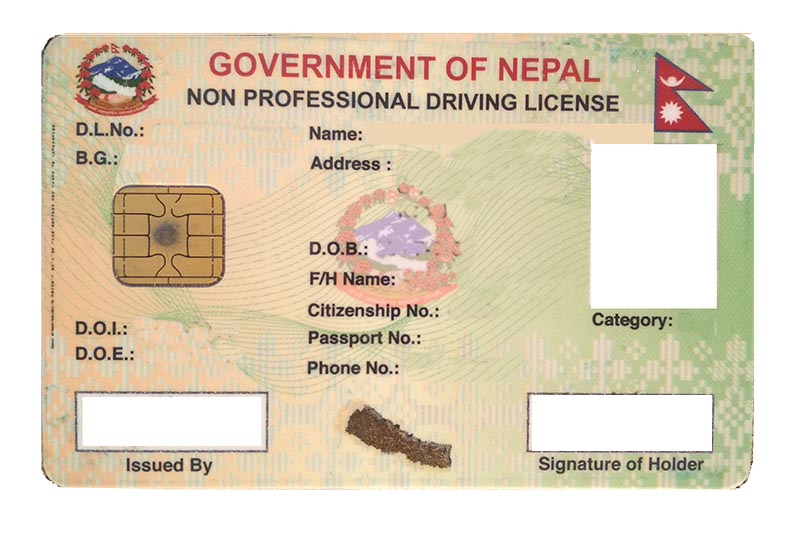 The image shows the specimen of smart driving licence of Nepal, in Kathmandu, on September 26, 2017. Photo: Suresh Chaudhary/THT

Not only that, the department now claims that the responsibility to issue licences has been handed over to provincial governments and they need to look into the issue.

“Earlier, we had said that the issuance of new driving licences was likely to resume post-festive season after taking into consideration the COVID pandemic.

“However, the pandemic is not going to be over anytime soon,” said Gogan Bahadur Hamal, director general of DoTM.

He said since the department had been facing problems in handling the crowd while renewing and distributing licences, it would not be possible to begin issuing new licences in near future.

“The festive season is just over and now we will be holding meetings with provincial governments regarding this issue,” Hamal said.

Earlier, the department had also stated that it would begin issuing new licences by implementing a quota system.

However, there has been no progress even on that front. Though Hamal claimed that they were holding discussions, the department has not taken any concrete step to open the process of issuing new licences.

“Though the situation in Kathmandu valley seems normal, the COVID-19 infection is spreading. In such a scenario, we have to follow the government’s protocol and wait a bit longer before we start the process of issuing new licences,” he added.

Before the service was halted, the department was issuing around 3,500 to 4,000 forms per day to licence-seekers.

Once the licence issuance process resumes, service-seekers in Kathmandu valley will be able to get their licence within a week of clearing their trial. In districts outside the valley, an applicant will have to wait for at least a month after clearing the trial to get his or her licence.

#Department of Transport Management #driving licences
You May Also like: