US State Department 'authorises' its citizens to leave Nepal

The ruling Nepal Communist Party (NCP) suffered a vertical split today, with the rival factions of the party led by the two chairmen claiming their faction to be the authentic NCP in separate central committee meetings held in the capital. 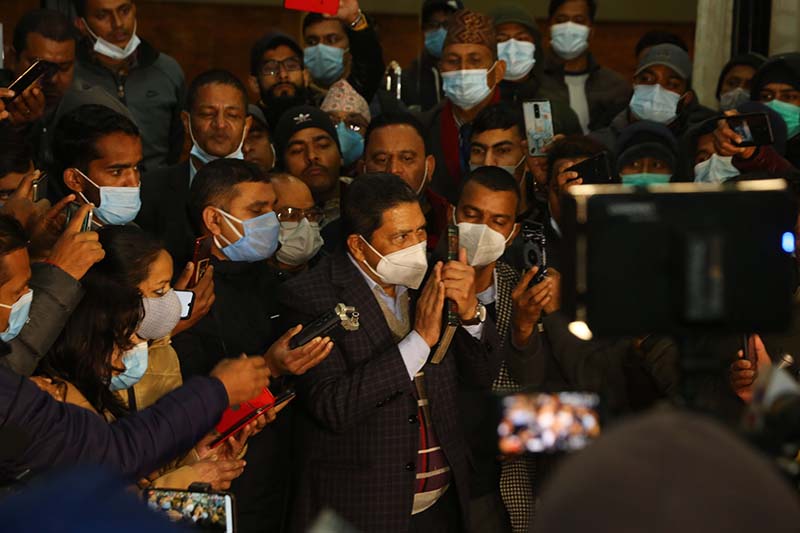 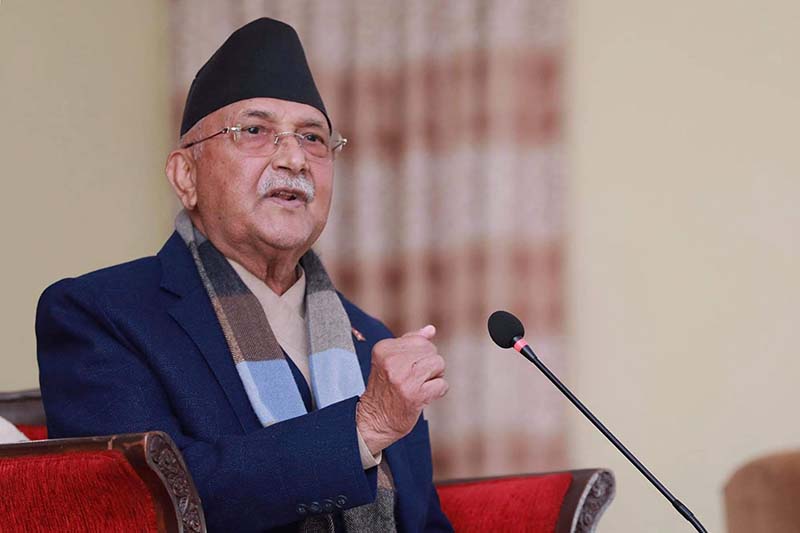 Dahal/Nepal faction condemned the dissolution of the HoR, terming it an unconstitutional, undemocratic, autocratic, regressive, and arbitrary act. It rejected the HoR dissolution and demanded immediate summoning of the new session of the Parliament.

Shrestha said the CC endorsed the agenda set by the Standing Committee and decided to remove Oli from the party chair for acting against the constitution, democracy, party unity and discipline by recommending dissolution of the HoR. The Dahal/Nepal faction also urged party leaders and cadres to unitedly move ahead to achieve the party’s goals.

Addressing the gathering, Dahal said their faction represented the NCP as it was ideologically committed to Marxism, Leninism, and socialism. He denounced the meeting in Baluwatar as an event of a faction that wanted to split the party.

According to Shrestha, Dahal also appealed to party cadres to help protect historical political gains and advance the cause of socialism.

Nepal said nobody should dream of reviving old parties.

Dahal/Nepal faction adopted a proposal appealing to all party leaders and cadres to remain united under the banner of the NCP.

The next CC meeting will be held on Thursday.

Two senior leaders of the NCP and Secretariat members, Bamdev Gautam and Ram Bahadur Thapa, did not attend any faction’s meeting.

Nepal, Shrestha, and Khanal had gone to Gautam’s place, while Dahal had gone to Thapa’s residence, to convince the two senior leaders to join today’s CC meeting. Shrestha said Gautam told them that he was opposed to the dissolution of the HoR, but was exploring ways to keep party unity intact.

Shrestha claimed that Thapa assured Dahal of joining his faction. “I hope that Thapa joins us on Thursday,” he added.