No blockade, but only short supply, clarifies Indian envoy 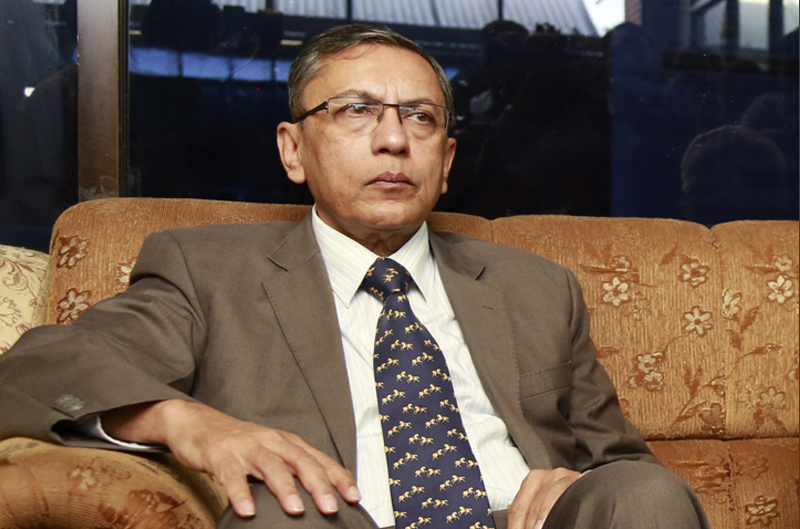 India's ambassador to Nepal, Ranjit Rae. Photo: RSS
KATHMANDU: Indian Ambassador to Nepal, Ranjit Rae, on Wednesday clarified that India has not imposed any blockade on freight supplies to Nepal. He, however, accepted that the quantity of supplies has significantly reduced for last one week. As earlier, he held ongoing political protests in Nepal responsible for the problem. Rae organised a press conference at Kathmandu-based Indian mission to clarify India's official position on recent political developments in Nepal in the wake of promulgation of the new constitution. "Everyone should feel ownership of the constitution," Rae told journalists at the conference, "But, instability in any part of Nepal, especially in the region that borders with India, is a concern for India." Reiterating that ongoing political unrest in Tarai region has caused short supply of daily consumables from India to Nepal, Rae said Nepal's political parties should take initiatives to resolve the issue through talks. However, India and Nepal are also in continuous talks to ease supply of goods, he maintained. He shared that the Indian Embassy is also discussing the issue with major political parties of Nepal to find a solution to the problem. 'India hopeful about revival' Speaking at the press conference, the diplomat said India is hopeful that the Indo-Nepal relation will be back to the same level of cordiality soon. Recalling his Prime Minister Narendra Modi's two visits to Nepal within a span of four months last year, the Ambassador said Nepal is still in the priority list of the southern neighbour. "Very soon, we will achieve the same height of our friendship," he said. Meanwhile, he expressed his concern that some protesting groups in Nepal burned the Indian national flag as well as effigies of some Indian leaders including PM Modi. "It will not help Indo-Nepal relation in any way," he said.
#Nepal-India relations #Indian Ambassador to Nepal Ranjit Rae #Nepal's Constitution 2072 #indo-nepal border blocked #Border blockade
You May Also like: