By THT Online
[googlemaps https://www.google.com/maps/d/embed?mid=19cOSVpJqjNEZt7rli0chclHiE7c&w=720&h=480]
KATHMANDU: Police on Thursday opened fire at a notorious gangster and took him under control from Bijulibazaar of Kathmandu. Based on complaints that Jaswant Rai had been extorting people in Bijulibazaar area for the past many years, a police team deployed from the Metropolitan Police Crime Division (MPCD) opened fire and took him under control, MPCD Chief SSP Sarvendra Khanal said. 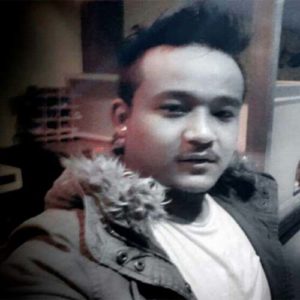 Photo: MPCD
Khanal said that police were forced to open fire after Rai attacked them with a rod. The incident occurred at around 12 noon. Khanal informed that Rai received bullets on his legs. He is receiving treatment at the Bir Hospital. Rai was arrested on various charges in the past as well, the MPCD Chief said.
#Kathmandu incident #extortion #Metropolitan Police Crime Divison
You May Also like: