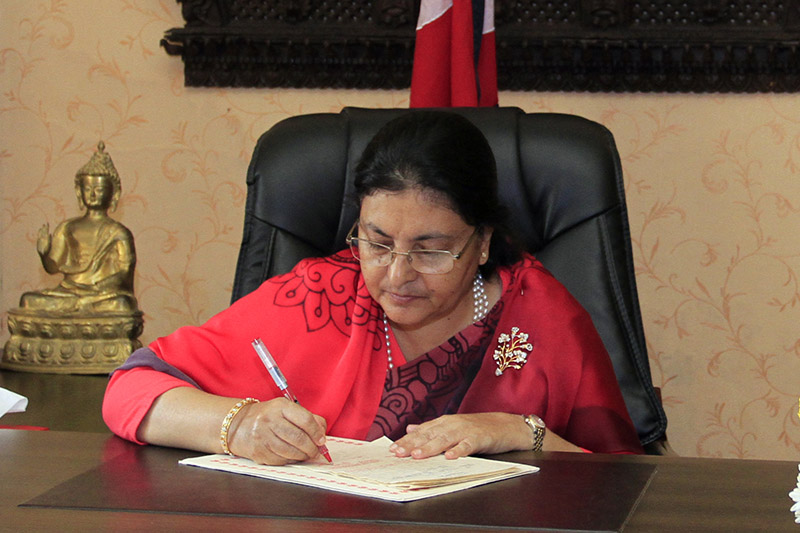 According to a press statement issued by the President's Office today itself, the-head-of-the-state authenticated the bills in accordance with Article 113. 2 of the Constitution of Nepal.