Three top leaders of the Nepal Communist Party (NCP) led by Pushpa Kamal Dahal and Madhav Kumar Nepal today spoke against the prime minister’s move to dissolve the House of Representatives while addressing a rally organised by the party in the capital. 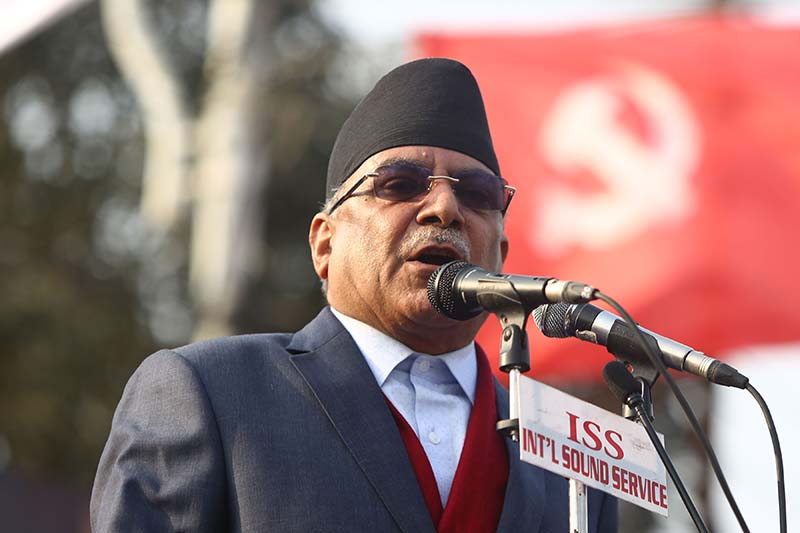 Dahal, who also co-chairs the party, said the PM’s move to dissolve the HoR was a regressive step. He said Oli not only dissolved the HoR, but was also trying to sabotage the constitution and the peace process.

He said they wanted to make their party truly committed to Marxism, Leninism, and socialism, adding that his party wanted to build a Nepali model of socialism by collaborating with the private sector.

“Oli and those close to him were spreading the rumour that everything will go in their direction, but the huge participation in rallies taken out against the dissolution of the HoR points to the contrary,” said Dahal. He said he had confidence in the Election Commission and the Supreme Court which was hearing the HoR dissolution case.

Former prime minister Jhalanath Khanal said if Oli thought he represented the authentic party, he should come and see the participation of people in protests.

Demonstrations carried out by the Dahal and Nepal-led Nepal Communist Party (NCP) disrupted traffic in Kathmandu, where protesters had converged in large numbers from all three districts of Kathmandu valley.