Strong tremor in Kathmandu almost a year after deadly quake 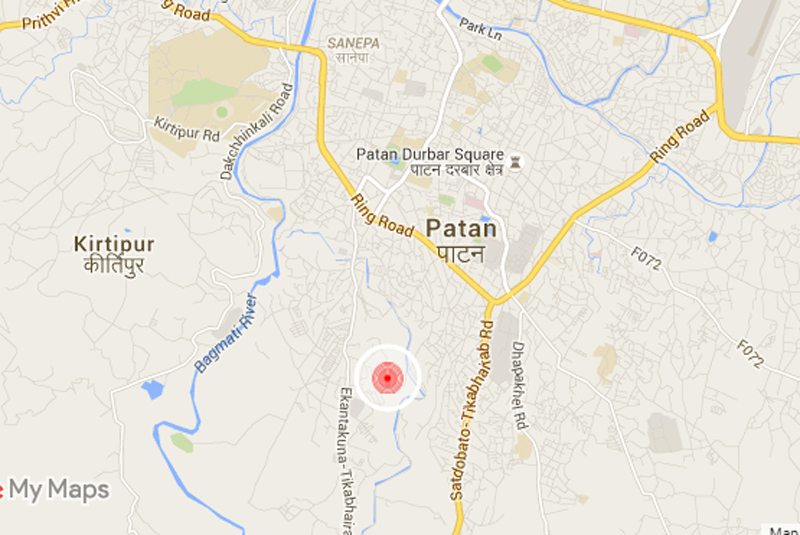 An aftershock was felt on Saturday, April 9, 2016, with its epicentre in Bhainsepati of Lalitpur.
KATHMANDU: The National Seismological Centre said the tremor felt in Kathmandu this evening was yet another aftershock of the last year's magnitude-7.6 earthquake. It was measured at 4.5 on the Richter scale. The Centre said the epicentre lied near Bhainsepati of Lalitpur (latitude 27.65°N and longitude 85.31°E). It is the 447th aftershock of magnitude 4 or above since April 25 last year. Nearly 9,000 people were killed in the April 25 quake and its strong aftershocks. (UPDATED)

Strong tremor in Kathmandu almost a year after deadly quake

KATHMANDU: A strong tremor was felt in Kathmandu at around 7:05 pm today. Magnitude and epicentre were immediately not known. Also, it is not clear if it is aftershock of the magnitude-7.6 earthquake that hit the nation on April 25 last year or the fresh one. The quake was strong enough to create a panic among locals of Kathmandu who were under terror for last one hour due to hundreds of aftershocks of the devastating quake.
#April 25 earthquake #Aftershocks felt #April 25 Nepal earthquake
You May Also like: