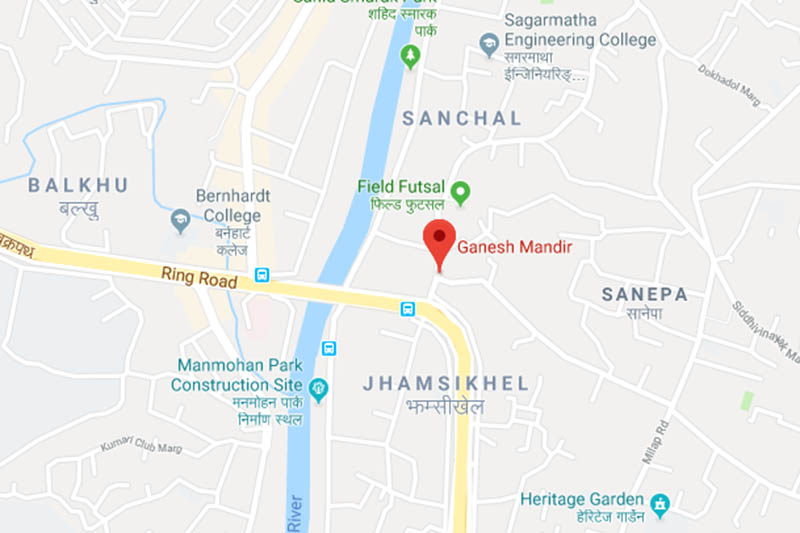 Courtesy: googlemaps.com
KATHMANDU: Strong winds accompanied by heavy rains hit the Valley this evening. This has uprooted a tree and blocked the road in Jhamsikhel area, said the police. According to Police Inspector Madav KC at the Lalitpur Metropolitan Police Circle, a big Khar tree fell near Ganesh Mandir in Jhamsikhel, blocking the roads and thus affecting vehicular movement in the area. "No one was hurt in the incident," KC added. However, a parked scooter was hit by the tree, according to KC. "We do not have the equipment to cut down the tree as it is too big, so it would take some time to clear the road," KC shared. Likewise, electricity wires and other cables were damaged by the tree. Meanwhile, traffic has been diverted to various alternate routes, informed police. With the sudden change in the weather, several parts of the valley witnessed hailstorm as well. Traffic in the major junctions across the city have been badly affected.
#Kathmandu #storm #Rain #Traffic #winds #road block
You May Also like: