KATHMANDU: People across the most parts of the world would get to witness the phenomenal triad of supermoon, blue moon, and total lunar eclipse on Wednesday, January 31.

This rare celestial event has occurred after 152 years. The same lunar event had last occurred on March 31, 1866, according to Chairperson of Nepal Astronomical Society, Suresh Bhattarai.

“The moon will rise at 5:37 pm in Nepal. The eclipse will start at 5:33 pm as per the local time and end at 8:57 pm. The total lunar eclipse will occur at 6:36 pm and will last for a span of one hour sixteen minutes,” said Bhattarai.

“During the partial phase, the moon will be seen blood red,” he added.

“People call NASO and ask whether the moon will be seen blue in colour. That is not true. It is just two full moons happening in a single month,” expressed Bhattarai.

Blue moon is a lunar event that normally occurs once every two and a half years. According to the Gregorian calendar, when two full moons occur in the same month it is termed as blue moon. Earlier, the full moon was on January 1 this year. 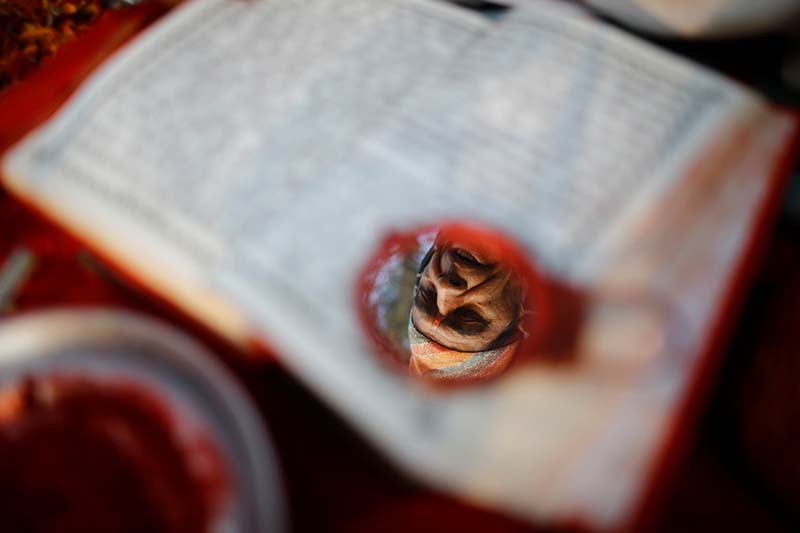 A man is reflected on the mirror as he recites verses from the holy Swasthani Brata Katha book at the bank of the Shalinadi River at Sankhu in Kathmandu, on Thursday, January 12, 2017. Photo: Reuters 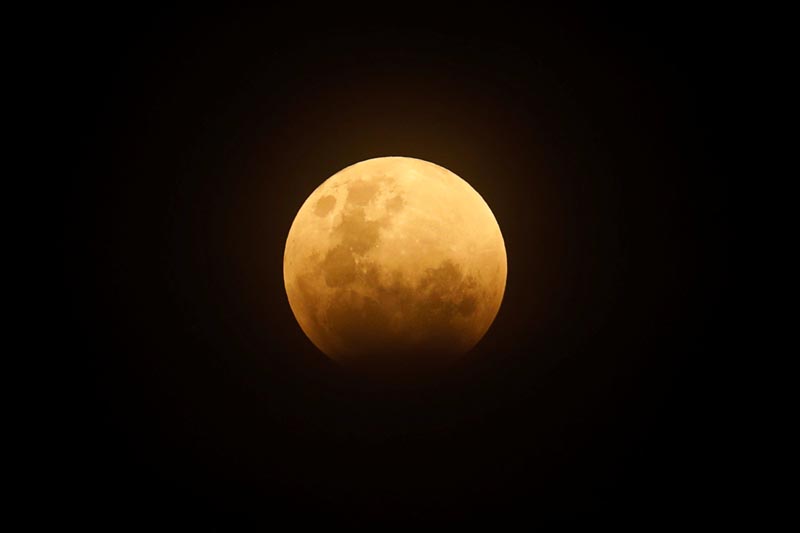 A full moon is seen before the start of a lunar eclipse in Jakarta, Indonesia January 31, 2018. Photo: Reuters

This rare celestial phenomenon has coincided with the concluding day of Swasthani Purnima, one of the greatest festivals among Hindus in the country. The festival begins on Poush Shukla Purnima as per the lunar calendar and lasts for a month.

This year, the concluding day befalls on the eclipse day, which has raised doubt among the general public reciting the holy book of Swasthani regarding concluding day of the month-long festival.

Talking to THT Online, Associate Professor at the Nepal Sanskrit University Amoda Acharya, who holds a PhD in Vedic Studies said, “Well, there are no such restrictions mentioned in the Vedic principles. But, one can conclude it on ‘purvanga’, the eve of Swasthani Purnima. "Purvanga is the time when even Sutak (the period of abstention observed by the Hindus after the death or birth of a family member) does not come into effect.”

However, according to astrologer Dil Raj Padhyaye, the ‘Sutak’ period starts from 8:22 am and lasts till the eclipse at 8:57 pm on Wednesday.

“Eclipses are a good time for performing puja, reciting ‘paath’ (holy scriptures), and donating goods among others. One can easily recite the holy book. But during the eclipse, they cannot receive tika and prasad as the Sutak period begins,” he added.

The eclipse will not hamper elderly, children and people with ailments, he stated.

Meanwhile, if some of the devotees do not feel comfortable with concluding the Bratakatha on the day of the eclipse, then coming Monday, panchami of the lunar calendar, will be favourable to conclude the one-month long festival.