Truth forgotten out of fear 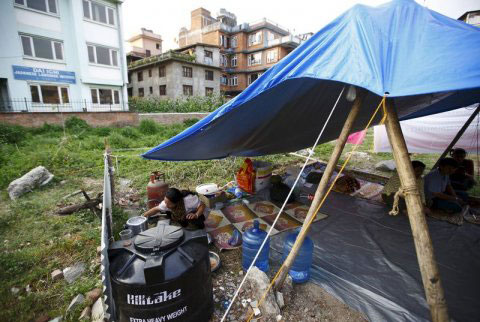 The devastating earthquake on April 25 caused big loss of lives and property. Now it has been over two months but aftershocks are still continuing. Many people still fear to go into their houses. The earthquake has affected everyone mentally, including people who did not lose anything.

The earthquake shattered many families forever and lots of people are homeless. We could listen to and read the sorrowful stories of survivors who are left alone with no one in the family. Many historical monuments of our country were also destroyed in the earthquake. It will now take many years to recover.

Talking about rural areas, schools have reopened after being closed for more than a month. The schools ended up teaching students inside tents in place of classrooms.

During the period of two months post earthquake, lots of false rumours spread. The problem is that the people blindly believe those things. People who lost their houses took shelter in tents but the ones with not a single crack in their houses also stayed in tents due to fear of those false rumours. They say that today is dangerous or an earthquake is going to come though they know that no one can predict an earthquake. They pretend that they do not believe in those rumours but unknowingly somewhere they fear these rumours will come true. Above all, instead of convincing others that all the rumours are false, the first listener passes on the information and then all people hear this and then they run to the tents.

I have read and listened to interviews of many experts, scientists and geologists not just from Nepal but other countries as well. They all say that an earthquake has never been predicted and will not be predicted. There is so much fear of earthquake in people that when all the news channels, newspapers were announcing that no one can predict an earthquake, people were running to tents. Even the earthquake experts in Nepal, who gave their interviews, accepted that they couldn’t convince their family. In fact, they themselves ran to the tents out of fear.

People had so much fear in them that the things some people were talking on the streets spread in the whole country within hours and the police had to arrest them. We all Nepali people experienced a lot of fear due to this earthquake. We can say that there is truth that is being forgotten by fear of earthquake or fear that made us to forget the truth.