Youth held for gambling in public 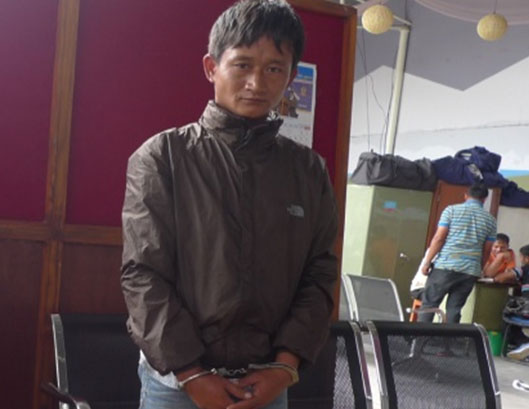 Kalu Rai. Photo: MPCD
KATHMANDU: A youth has been arrested for operating a gambling event in public in Kathmandu on Wednesday. Kalu Rai (22) from Dangihat-4 of the district, currently residing in Chabahil of the Capital, was nabbed while he was holding a game of dice at the Old Bus Park of Capital yesterday. The man would entice members of the general public by claiming that they could double or triple the money in the game, the Metropolitan Police Crime Division said in a statement. Police also recovered three dices, a Nokia mobile phone and Rs 8,000 from him. The suspect has been handed over to the Metropolitan Police Range, Kathmandu, for further investigations and actions.
#Kathmandu crime #gambling #Kathmandu gambling #Dice
You May Also like: