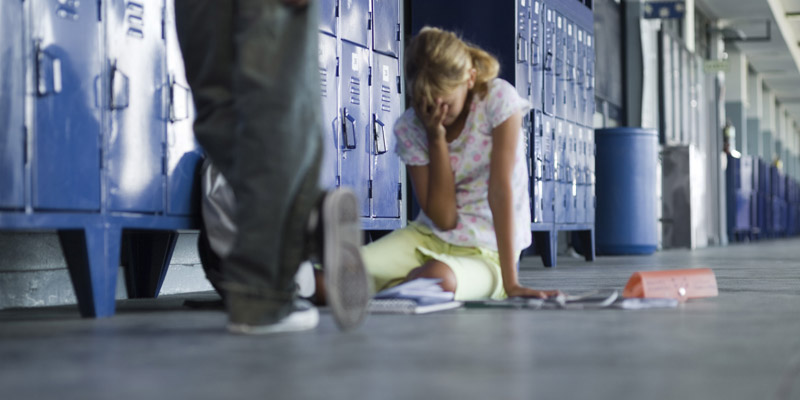 Photo: n.protothema.gr
TORONTO: Prematurely born babies who get bullied by their peers are at an increased risk of developing mental health problems as adults including depression and anxiety, warns a study. Children born at an extremely low birth weight (ELBW) and were exposed to bullying were nearly twice as likely to develop a mental health problem such as anxiety, depression or attention-deficit hyper disorder (ADHD) by the time they were in their 20s. However, the risk was even higher for those who were bullied more often, the team noted. “Being bullied has a significant and lasting impact for those preemies, even into their 30s,” said lead study author Kimberly Day from McMaster University in Ontario. By their 30s, the ELBW adults who had been bullied as children were nearly three times more likely to have developed anxiety disorders such as obsessive-compulsive disorder, social phobia and panic disorder. “Their risk for anxiety disorders is especially high, particularly among those who are exposed to bullying on a regular basis,” Day added. The study, published in the journal Pediatrics, cautions parents, teachers and clinicians who need to be aware of the long-term effects of peer victimisation on mental health. They need to watch out for bullying and intervene whenever possible, the researchers suggested. The study included ELBW babies who were about one kg or less at their birth between 1977 and 1982 in Ontario, who were interviewed at age eight, 22 to 26 and 29 to 36. They were compared to normal birth weight babies of nearly 2.5 kg or more who were born in the same time span and interviewed at the same intervals.
#Mental health #low birth weight (ELBW) #anxiety disorders #McMaster University #attention-deficit hyper disorder (ADHD) #bullied
You May Also like: