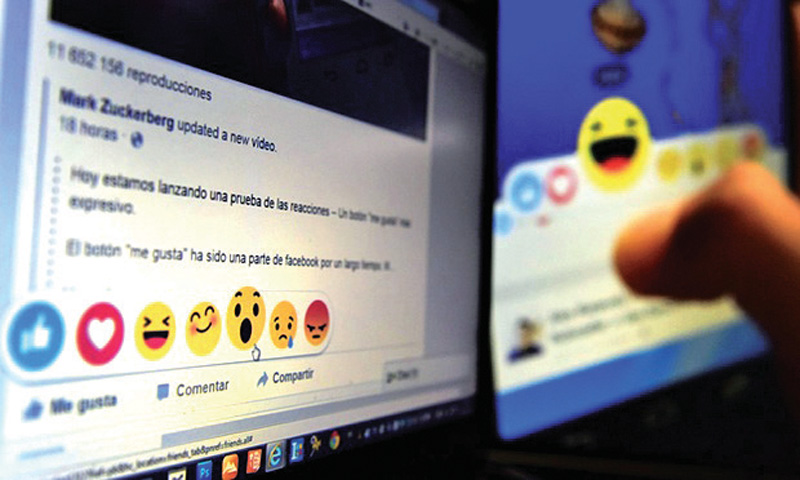 techCALIFORNIA: Facebook is to expand its ‘like’ feature with five new emoji options called Reactions. The social network’s founder and chief executive, Mark Zuckerberg, said the buttons would be pushed out to the site’s 1.5 billion users ‘pretty soon’. The ‘love’, ‘haha’, ‘wow’, ‘sad’ and ‘angry’ buttons are being tested in several countries, Zuckerberg said. Each one has an emoji-style face and will appear underneath users’ posts. A button called ‘yay’ which featured a smiling face with rosy cheeks had been trialled. Facebook said this was removed during testing because it was not fully understood by users. The ‘like’ button that appears beneath each post on the site is one of its most prominent features. For many years a ‘dislike’ button has been one of the most requested additions that users would like to see on the site.