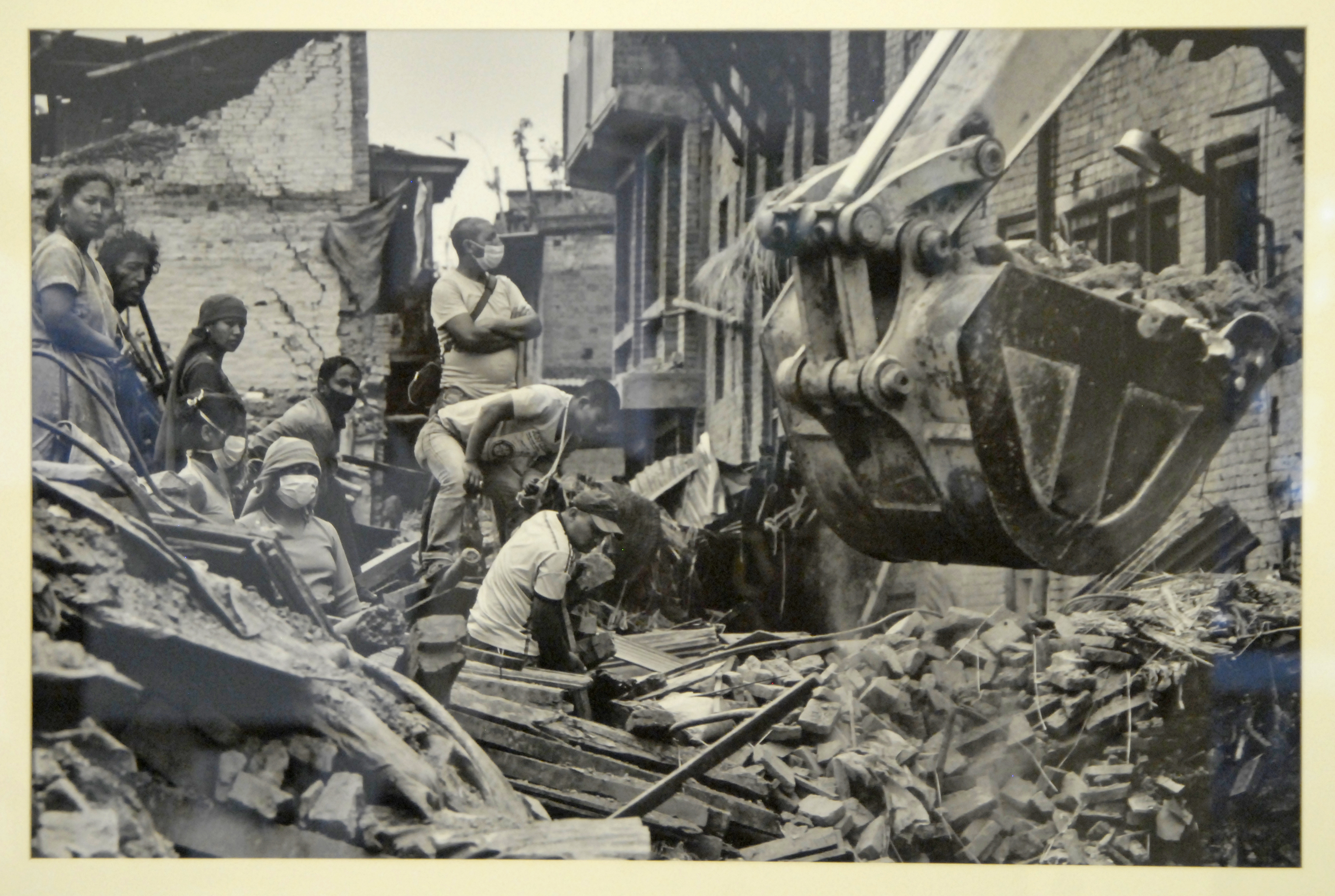 Hansen has captured people living in poverty and people after the massive destruction due to Gorkha earthquake of April 25, who have not lost their hope or energy. Through people’s expression in the photographs — those living in the Himalayan region, working in brick factories, the elderly and children at refugee camps and many more — Hansen has shown people overcoming hardships despite the harsh natural environment and surroundings with a hope for a better future for them and their children.

Not only has Hansen captured the portraits of people but he has also captured nature’s beauty along with the people. In one photo he has caught three women carrying manure in their doko while the beautiful mountains and snows of Mugu district give a more aesthetic value to the picture.

The exhibition will continue till September 29.