KATHMANDU: Chitrakar families in the Nepali capital of Kathmandu were renowned traditional painters and sculptors who depicted gods and goddesses on temples, masks of Hindu deities and posters for various religious celebrations. The art and tradition, however, is dying because of mass machine-printed posters and card-size pictures of gods that are cheaper and more popular. There are just 10 or fewer families now painting in this style, which is denoted by its vivid palette of plant-based paints. New generations of Chitrakars are going into other professions or leaving Nepal for work or education abroad. 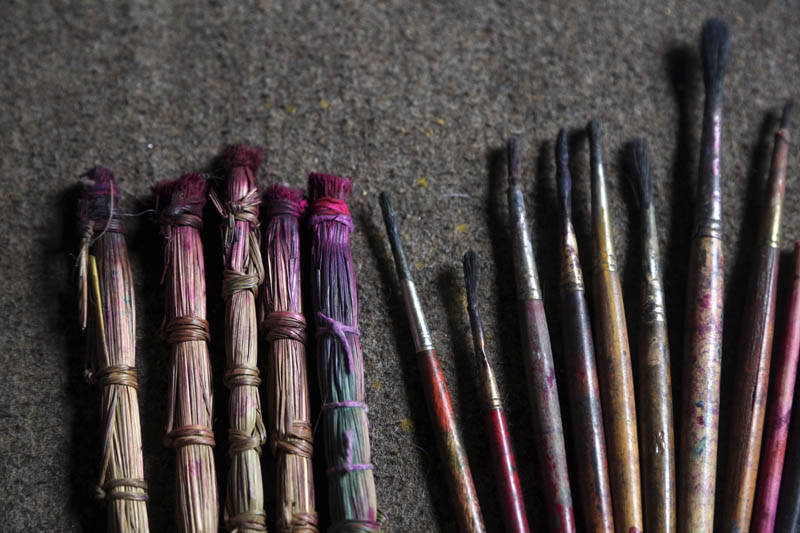 Handmade traditional brushes, left, are lined up along with modern paint brushes at the residence of Chitrakar couple Tej Kumari and Purna, in Bhaktapur, Nepal. July 31, 2019. Photo: AP 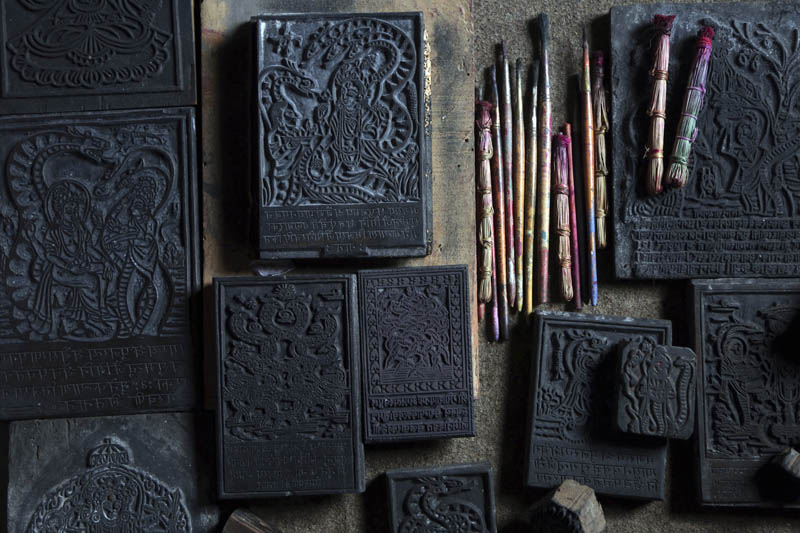 Wooden stamps which are used to make traditional paintings are displayed at the residence of Chitrakar couple Tej Kumari and Purna, in Bhaktapur, Nepal, July 31, 2019. Photo: AP 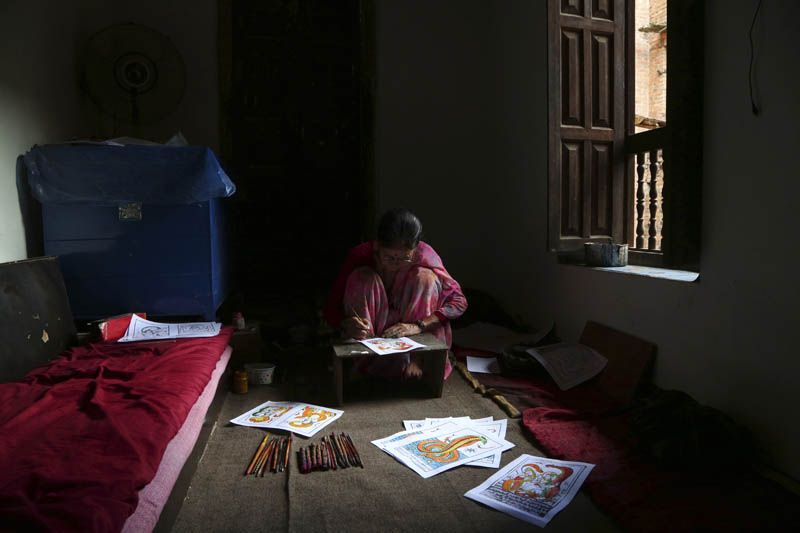 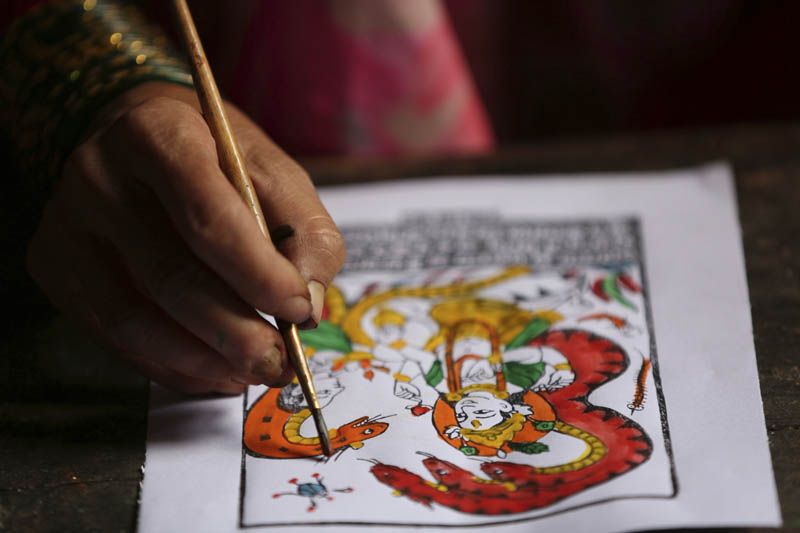 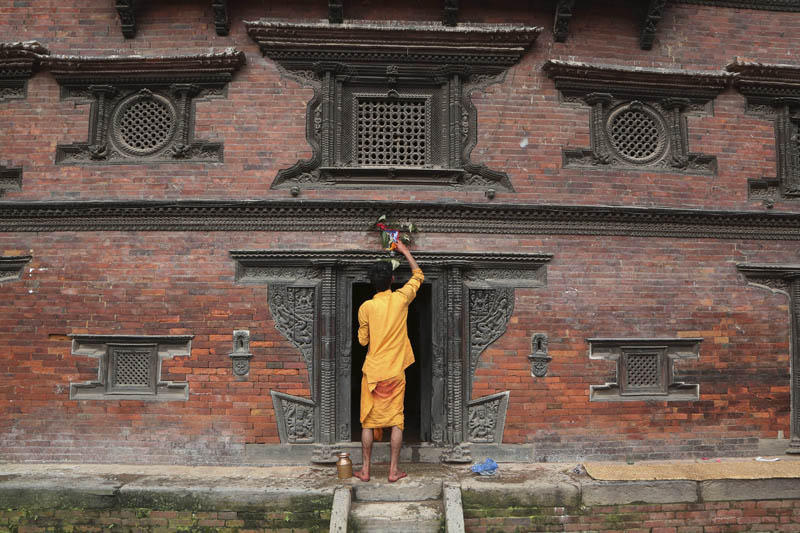 A Nepali priest displays a machine made painting above the door of a temple during Naag Panchami festival in Bhaktapur, Nepal, August 5, 2019. Photo: AP
For Chitrakar couple Tej Kumari and Purna, who have been following the tradition at their home in Bhaktapur, a suburb of Kathmandu, it is a struggle to keep the dying art alive against the modern mass-produced prints. The Chitrakars were given their title, which became their family name, by 14th century King Jayasthiti Malla. Malla classified the Newar ethnic group of Kathmandu under a caste system according to occupations passed down from generation to generation, with different families taking on roles as priests, artisans, fishermen, cleaners, farmers, traders and many more. With this, higher and lower castes were also formed. Nepal history and culture expert Satya Mohan Joshi said there were positive and negative aspects of this system back then. "The bad thing was it created a basis for discrimination. The good thing was it created expertise in each sector," he said, allowing the Chitrakar's distinct painting style to continue and flourish. "Even if the painter's son, a Chitrakar, wanted to do the coppersmith job of a Tamrakar, they weren't able to," he said, referring to another Hindu ethnic group. "It is still the same now. But passing these skills on to people from different castes and backgrounds who want to learn the craft could save these traditions." Tej Kumari and Purna learned how to paint in the Chitrakar style from their fathers and grandfathers, knowledge passed down over generations. However, they are not sure if the next generation will continue the tradition. Their two sons work in business but their third son is showing some interest in learning the trade. While painting snake gods for the Hindu festival of Naag Panchami, Tej Kumari recalls days when she would make thousands of posters for people to paste on their doors in August. This year she made only about 50. She said machine-printed ones have gained popularity, leading to a drastic reduction in the number of customers. Many of the older generations who appreciated the art form have died. "It is a craft I have known and practised for ages," she said. "If anyone in Nepal would like to learn it and keep the culture alive, I would happily teach them."
#Kathmandu #Hindu deities #dying art #Chitrakar families #traditional painters and sculptors
You May Also like: