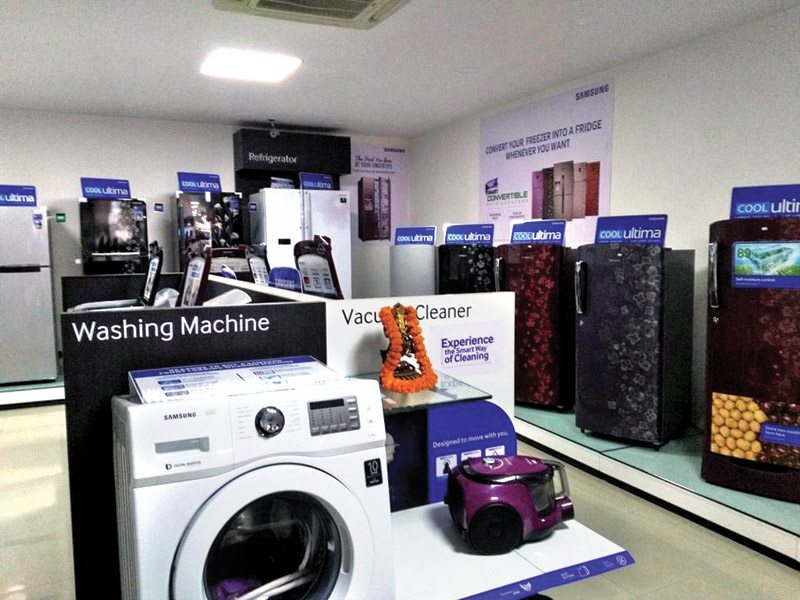 POKHARA: HIM Electronics, autho-rised distributor of Samsung homeappliances has given its customerbase all over Nepal another reasonto remain loyal. Expanding the networkof existing Samsung Plaza to Mahendrapul, Pokhara tries to facilitate the growing demand of consumers. The showroom was inaugurated by Seema Golchha, Director of Him Electronics on March 28. The Samsung Digital

Plaza will showcase all products of Samsung, including its rangesof Curved TV’s, LED TV’s,  refrigerators, washing machines,  microwave ovens, mobile phones, monitors and printers. HIM Electronics already has eight Samsung Digital Plazas as of now,out of which four are within the

valley, this being the fourth outside Kathmandu.

#Him Electronics #Samsung Digital Plazas
You May Also like: