Omicron-stricken South Africa may be glimpse into the future

Study suggests past COVID infection may not fend off omicron

How Sanofi's setback could lead to better dengue vaccines

How Sanofi's setback could lead to better dengue vaccines

CHICAGO: New dengue vaccines being developed by Takeda Pharmaceuticals Co Ltd and US government scientists are poised to provide a safer alternative to Sanofi's Dengvaxia, according to vaccine experts, because they already take into account some of the issues that sidelined the product last year.

Sanofi revealed in November that Dengvaxia - the world's first dengue vaccine - might increase the risk of severe disease in people who had never been exposed to the virus. The news prompted an uproar in the Philippines, where more than 800,000 school-age children had been vaccinated.

Next-generation vaccines by Japan's Takeda and the US National Institutes of Health, in conjunction with Brazil's Butantan Institute, are now in late-stage testing.

They both differ significantly from Dengvaxia, which may increase the chances for a stronger, more durable immune response, according to more than a dozen dengue experts interviewed by Reuters.

They expressed especially high hopes for the NIH vaccine, which protected 100 percent of volunteers who received it in a small study.

Merck & Co Inc holds an exclusive license for the NIH vaccine in the United States, Canada, China, Japan and the European Union, and plans to begin its own trials in the first half of 2018.

It's too early to say whether either candidate will ultimately succeed, and experts await data from large, late-stage clinical trials.

And while Sanofi's early safety troubles may delay licensing of new vaccines for a few years as global regulators seek assurances from longer-term data, the increased scrutiny should result in a better, safer product, they said.

"We've learned a tremendous amount about dengue from the Sanofi vaccine," said Dr. Anna Durbin, a researcher at the Johns Hopkins Bloomberg School of Public Health who helped develop the NIH vaccine. "There is hope the two candidates coming down the pike can provide the benefit of a good dengue vaccine without the risk." 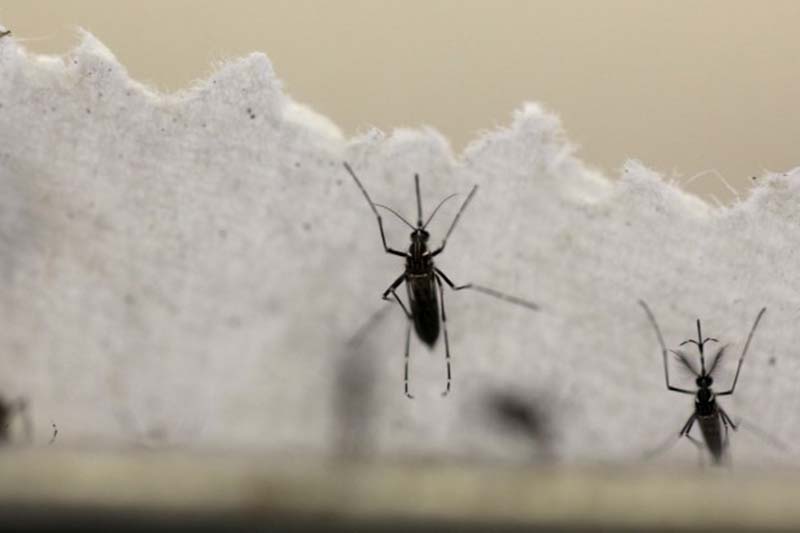 Aedes aegypti mosquitoes are seen at the Laboratory of Entomology and Ecology of the Dengue Branch of the US Centres for Disease Control and Prevention in San Juan, Puerto Rico, on March 6, 2016. Photo: Reuters 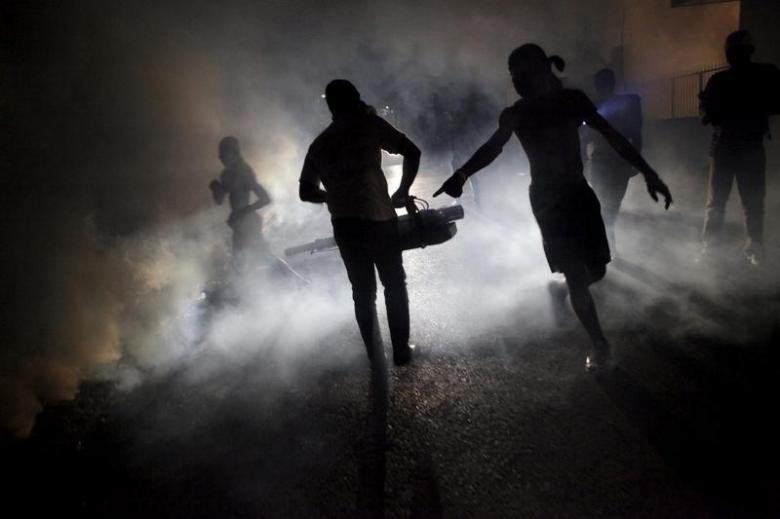 A worker of the Ministry of Public Health and Population fumigates in the street against mosquito breeding to prevent diseases such as malaria, dengue and Zika, during a fumigation campaign in Port-au-Prince, Haiti, February 15, 2016. EUTERS/Andres Martinez Casares/File Photo

Dengvaxia uses a widely effective yellow fever virus vaccine as its genetic backbone. To induce an immune response to dengue, certain yellow fever genes were swapped out for dengue genes.

"It seemed like a bright idea 20 years ago," said dengue expert Dr. Scott Halstead, an adjunct professor at the Uniformed Services University of the Health Sciences in Bethesda, Maryland.

In hindsight, Halstead said, simply splicing select dengue genes into a yellow fever vaccine may not present enough of the virus to the immune system to induce full protection.

Instead of yellow fever, Takeda's vaccine, TAK-003, is based on a weakened version of a live dengue 2 virus.

That's important, Venkayya said, "because it exposes an individual that is immunised to a broad range of proteins on the outside and the inside of the virus, which allows individuals to generate a broad immune response."

Data published in November in Lancet Infectious Diseases showed Takeda's vaccine produced responses against all four virus types, regardless of previous dengue exposure. There were no safety concerns.

Takeda's vaccine is being tested in 20,000 children aged 4 to 16 in Asia and Latin America. Initial data are expected in late 2018.

Venkayya said the company's research has shown the vaccine, given in two doses, can produce both antibodies to dengue as well as a second type of response in which immune cells - known as CD8-positive T cells - recognise and kill virus-infected cells.

Several researchers suspect exposure to the full spectrum of dengue proteins is key to developing a fully protective vaccine.

Johns Hopkins' Durbin said the presence of T-cells triggered by non-structural proteins in dengue 2 could help clear the virus before people become sick. But, like Sanofi's Dengvaxia, the Takeda vaccine appears to produce an unbalanced antibody response, with the highest protection offered against dengue 2.

In a July 2017 paper published in Cold Spring Harbor Perspectives in Biology, Halstead said that it is also not clear whether Takeda's vaccine will provoke T-cell immunity to the other three dengue viruses, clouding its potential to succeed.

The NIH vaccine, called TV003/TV005, also features weakened versions of live dengue, but three of the four components - dengue 1, 3 and 4 - are based on whole dengue viruses. The fourth component is based on a dengue 4 backbone with dengue 2 genes spliced in.

It has been shown to provoke a strong antibody response to all four types of dengue in a single shot, as well as producing T-cell immunity.

"It appears to be a true, protective, one-dose vaccine," Halstead said.

Brazil's non-profit Butantan Institute is testing the vaccine in some 17,000 participants in 14 areas with widespread dengue.

"Though you never, ever, definitively predict until after everything is completely over, everything we've seen on the preliminary work on that looks pretty good," Fauci said.