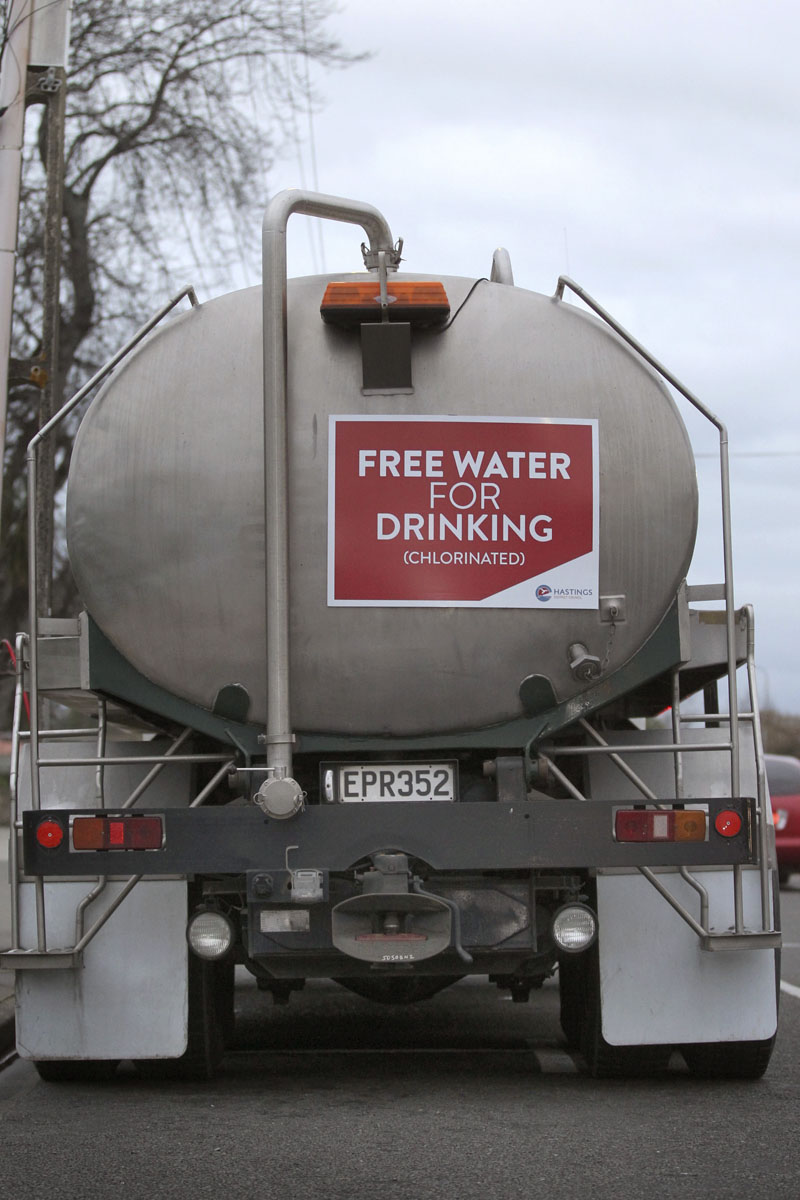 A Hastings District Council water tanker with free water is seen on Campbell St, in Havelock North, after a gastro outbreak in Havelock North, from the Hastings District Council water supply, on Thursday, August 18, 2016. Photo: Duncan Brown/New Zealand Herald via AP
WELLINGTON: Tests in New Zealand confirmed an elderly woman who died last week was suffering from the type of bacteria that tainted local tap water and sickened thousands of people in a small North Island town, officials said Friday. Coroner Peter Ryan announced he had opened an investigation into the death of the 89-year-old woman in Havelock North. He said an autopsy revealed she had other health problems and it will take further testing to determine if the tainted water was a cause in her death. An estimated 4,000 people in the town of 13,000 have contracted gastric illnesses since last week's outbreak of campylobacter bacteria. Seventeen people are being treated in a hospital, including two who are in critical condition. Adding to the problems, one tanker of water that was trucked in to provide fresh water for residents was later found to contain E. coli bacteria, forcing embarrassed officials to ask residents to dump that water as well. The town has now treated both its tap water and the tanker water with chlorine. It is also requesting that residents boil tap water. Health officials say that new cases of the illness have begun to taper off. Such outbreaks from tap water are rare in New Zealand, which markets its clean, green image to tourists. Havelock North is located in a picturesque region known for its vineyards. Officials remain baffled as to how the water supply became contaminated. Campylobacter bacteria are typically spread from animal feces. The government has launched a wide-ranging inquiry into the problem. "We've got to make sure that this never happens again," Health Minister Jonathan Coleman told reporters. He said a government agency would provide emergency payments to people whose income had been affected by the outbreak, and it was considering further financial help. "We've got to make sure that people can be absolutely confident that the water that comes out of the tap in New Zealand is clean, and clearly something's happened here," Coleman said. Much of the nation's tap water is treated with chlorine. But in places like Havelock North, where the water comes from underground aquifers, local authorities have often considered it safe without such treatment.
#New Zealand #Tainted water
You May Also like: