39 injured in Gulmi clash over proposal to split Province 5 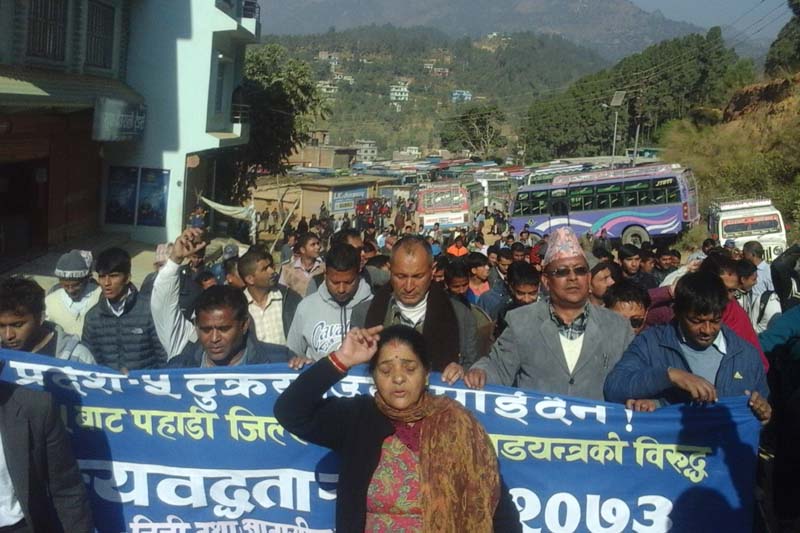 Locals of Butwal take to the streets against the government proposal to redo the boundary of Province No. 5, on Wednesday, November 30, 2016. Photo: RSS
GULMI: The Gulmi district headquarters, Tamghas, remained tense throughout Friday following a clash between bandh (general shutdown) enforcers and police. At least 39 people including 35 protestors and four security personnel were injured during the clash.Two of the injured are reported to be in serious condition. Two of the injured are reported to be critical. The clash erupted after police tried to unlock the District Administration Office padlocked by the protesters. The district has been paralysed by the bandh for 17 days called in protest of Constitution amendment bill which proposed to split some hilly districts from the proposed Province No. 5. The angry mob also torched a vehicle (Ba 1 Jha 6681) belonging to the District Development Committee for defying the shutdown. The agitation was addressed by lawmakers Gokarna Bista and Kamala BK. Meanwhile, the bandh called by local people affected normal life in Rupandehi district also.
#Gulmi #Province No 5 #police-protester clash #constitution amendment bill #Province 5 #police-protester
You May Also like: