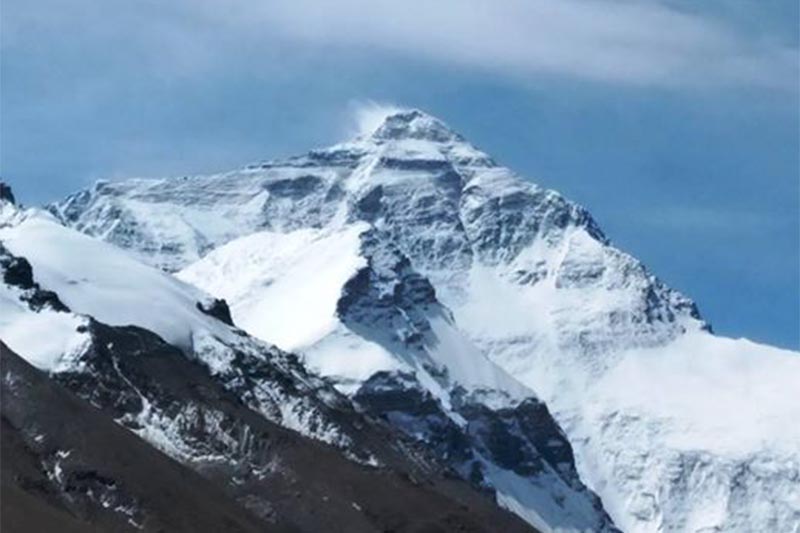 KATHMANDU: More than 70 climbers successfully climbed the world’s highest peak on Sunday morning, according to the government and expedition officials.

Gyanendra Shrestha, a liaison officer from the Ministry of Culture, Tourism and Civil Aviation said that at least 35 expedition members along with their support staff stood atop Mt Everest after they found a fair summit window this morning.

According to Iswari Poudel, Managing Director at the Himalayan Guides, at least 17 climbers including eight foreigners from his company scaled the world’s highest peak. According to him, climbers including John Brink Stenderup, Andrew Maloney and John Russell Klein along with Siddhi Tamang and Pasang Sherpa stood atop the Mt Everest summit. Other climbers ascending Mt Everest include Tao Hu, Wei Cheng, Xin Cheng, Kaifu Cai Scott Mackenzie, Phurtemba Bhote and Dorje Gyalzen Sherpa, he added.

Rishi Bhandari, Managing Director at Satori Adventure, said that 21-year-old Patidar Madhusudan from India along with Funaru Sherpa successfully reached the top of the world this morning.

Earlier, at least 50 climbers had already scaled Mt Everest from Nepal side after a team of climbers opened a climbing route to the summit point on May 15. Nearly 100 climbers along with their support staff are all set to make their final summit pushes tomorrow morning while more than 100 members have been waiting for a summit window in the spring season.

Meanwhile, Furtenbach Adventures shared from Tibetan side of the Mt Everest that blind Austrian climber Andy Holzer successfully scaled the mountain from the North Col route on Sunday morning.

Holzer also became the first blind person to reach Mt Everest Summit from Tibetan side, according to the expedition organizer. “The climber was accompanied by Wolfgang Klocker and Clemens Bichler to the summit point,” it added.

Earlier, Erik Weihenmayer from USA became the only blind person to reach the summit of Mt Everest from Nepal side in 2001.

#Nepal #Ministry of Culture #Tourism and Civil Aviation #Mt Everest #Sherpas
You May Also like: