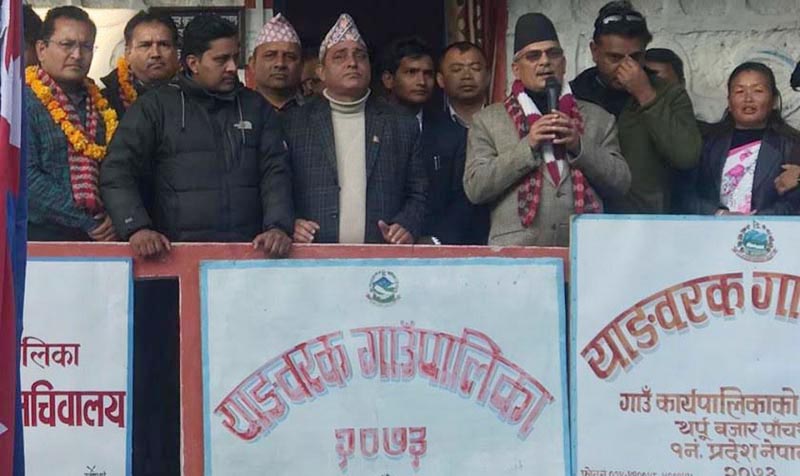 Declaring the start of the march titled ‘Lokmargama Janasambad Yatra’ that will be carried out along the Mid-hill Highway in Chiwa Bhanjyang in Chyangthapu, Panchthar, today, the former prime minister said that achieving prosperity in the country was the sole motive behind conceptualising the march along the highway traversing hilly districts.

Starting from Chiwa Bhanjyang in Chyangthapu of Panchthar, Bhattarai and his team will traverse through Terhathum, Dhankuta, Bhojpur and Khotang districts in Province 1 and reach Sindhuli in Province 3 on February 7. The march will conclude in Baitadi’s Jhulaghat on February 27, said NSP-N Publicity Department Chief Biswodeep Pande.

Today, after announcing the start of the march, Bhattarai addressed a corner meeting in Phidim, district headquarters of Panchthar. “While on the march, we will monitor national pride projects that are under-construction and aim to take our concept and model of inclusive progress to the general public,” said Bhattarai.