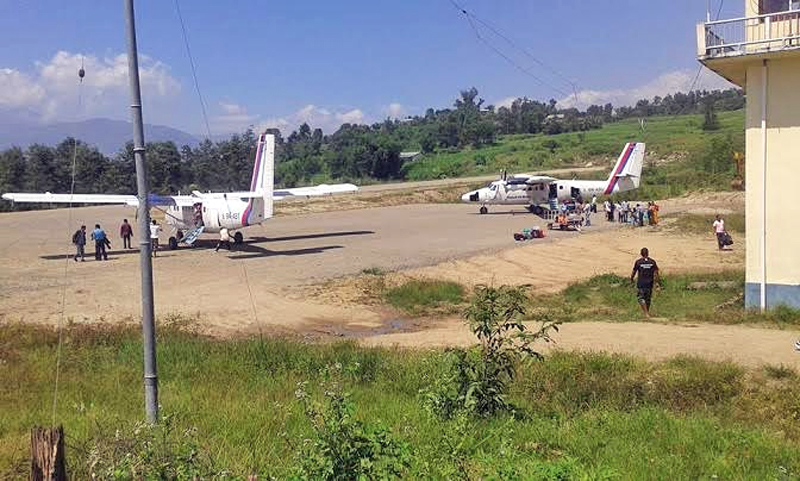 An aircraft of Nepal Airline's Corporation at the Taksar Airport of Bhojpur district on Monday, September 28, 2015. Photo : Niroj Koirala
BHOJPUR: The flights to and from the Bhojpur district‘s only airport at Taksar VDC have been halted following the start of the upgrading work today. The necessary works to upgrade the airport including the tarmacking of the runway, which had been put on hold in the wake of last year's earthquake, trade blockade and monsoon, have resumed. The airport with the dimensions 545 metres x 20 metres, which came into operation in 1979 had undergone upgrading three years ago. The airport will remain shut for the next three months until March 8, 2017, Airport Chief Durga Mani Chaudhary said.
#Bhojpur #Bhojpur Airport #airport upgradation #Taksar
You May Also like: