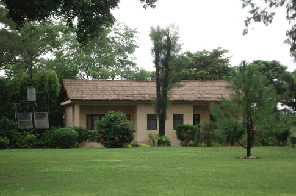 KATHMANDU: The sub-committee - formed by the Public Accounts Committee (PAC) - today took a decision about the hotels and resorts that are located inside the Chitwan National Park (CNP).
The panel decided to extend the deadline for the closure of the hospitality establishments in the CNP till 2011.
“We’re likely to submit the report tomorrow,” said Mahendra Dhoj GC, a committee member. The government has declared 2011 as the Nepal Tourism Year. Seven
hotels in the CNP were closed since July 16. The matter has come to a head over the timeframe for the closure of these hotels.
Meanwhile, the case did its usual circuitous rounds of the CNP, the Department of National Park and Wildlife Conservation and the Ministry of Forest and Soil Conservation till the PAC special sub-panel took charge of the matter.
The panel, headed by Narayan Dahal, was urged to find an amicable solution to the crisis.
“We held rigorous discussion with the stakeholders and
undertook a field visit as well. A
few options were mulled over,
include letting the hotels to
operate till 2011 in view of the new agreement,” said Dahal.
The CNP authorities had
earmarked areas to the hotels’
management to conduct their
own safaris.
Dahal opined that the hoteliers should get some incentives since they were playing a stellar role in employment generation in the tourist spot.
“The closure also raises question marks about the livelihood of around 800 employees who are working in these hotels. But, one thing is certain. They have to move out from the CNP within the timeframe,” he added.
Initially, the panel was urged to submit its report within 15 days, which had elapsed on August 25. The matter now rests with the PAC once it receives the detailed report, complete with recommendations, from the special sub-committee.

#CNP hotels run up to Tourism Year
You May Also like: