Oli for three-tier elections on time 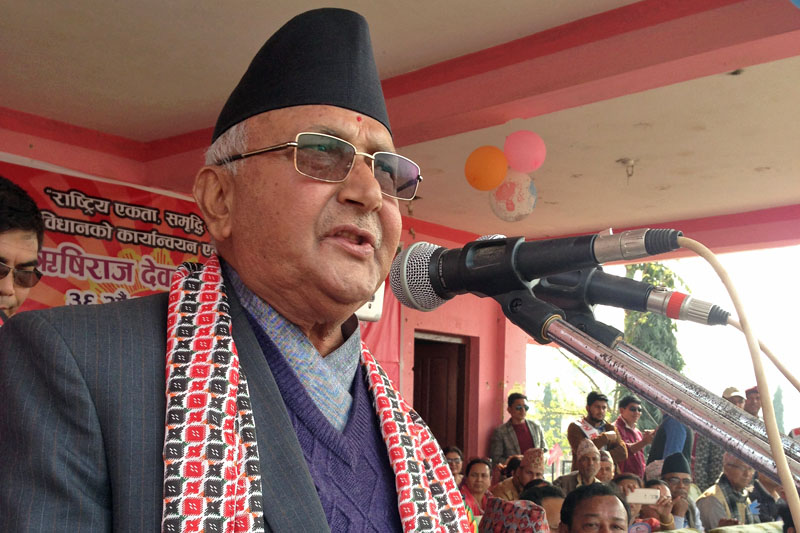 The CPN-UML Chairperson KP Sharma Oli addresses a programme organised in Sindhuli, on February 23, 2017. Photo: Min Kumar Dahal/THT
JHAPA: CPN-UML Chairman and former Prime Minister KP Sharma Oli has stressed on holding three-tier elections 0n time. While inaugurating a newly constructed community building of Martyr Biren Memorial Foundation at Jyamirgadhi in his home district today, former Prime Minister Oli said provincial and federal elections should be held on time, adding that date for local polls has been already fixed for May 14. He opined that no forces could prevent local polls  that were being held after 19 years. He added that his party was leading the nation on the way to prosperity on the base of different political movements including Jhapa movement. The building was constructed in honour of Biren Rajbanshi who had sacrificed his life while fighting against Panchayat system in 2029 BS.
#CPN-UML #Nepal politics #KP Sharma Oli #Nepal elections #Three-tier elections
You May Also like: