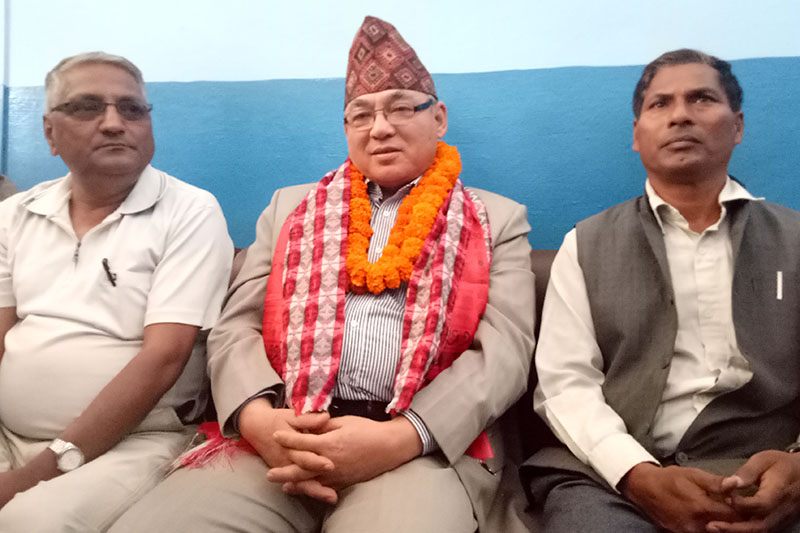 CHITWAN: Minister for Home Affairs and CPN Maoist Centre leader Ram Bahadur Thapa has said that both CPN-UML and CPN MC have decided on dual leadership format from centre to district level for party unification.

Speaking to the mediapersons at Bharatpur Airport on Monday, Thapa said that all issues related to party unification has already been finalised.

He further said that only the announcement of party unification remains stating that political ideology and organisational bases have already been prepared.

Minister Thapa clarified that due to minor technical problems, the announcement of party unification could not materialise on April 22, the historical day on which Nepal Communist Party had been established.

"The contribution of 'People's War' has already been synthesised and modality of the organisational issues have already been finalised," Thapa added.

The placement of the leaders of both parties have been decided upon through interim statute, said Minister Thapa while claiming that it will not affect the party unity.

On a separate note, Minister Thapa said that there will be federal and provincial structures for police administration, adding that formulation of  an act in this regard is underway.