Diplomats, donors concerned about sex abuse reports at WHO

KATHMANDU: Finance Minister Yubaraj Khatiwada presented a federal budget of Rs 1,315 billion for the fiscal 2018-19 in the joint session of the House of Representatives and National Assembly here today, with a major focus on transforming the production sector and development of physical infrastructure. 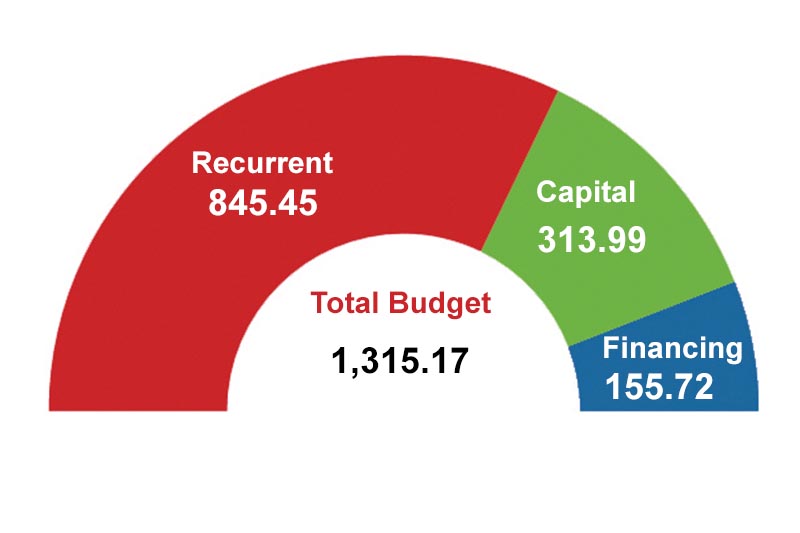 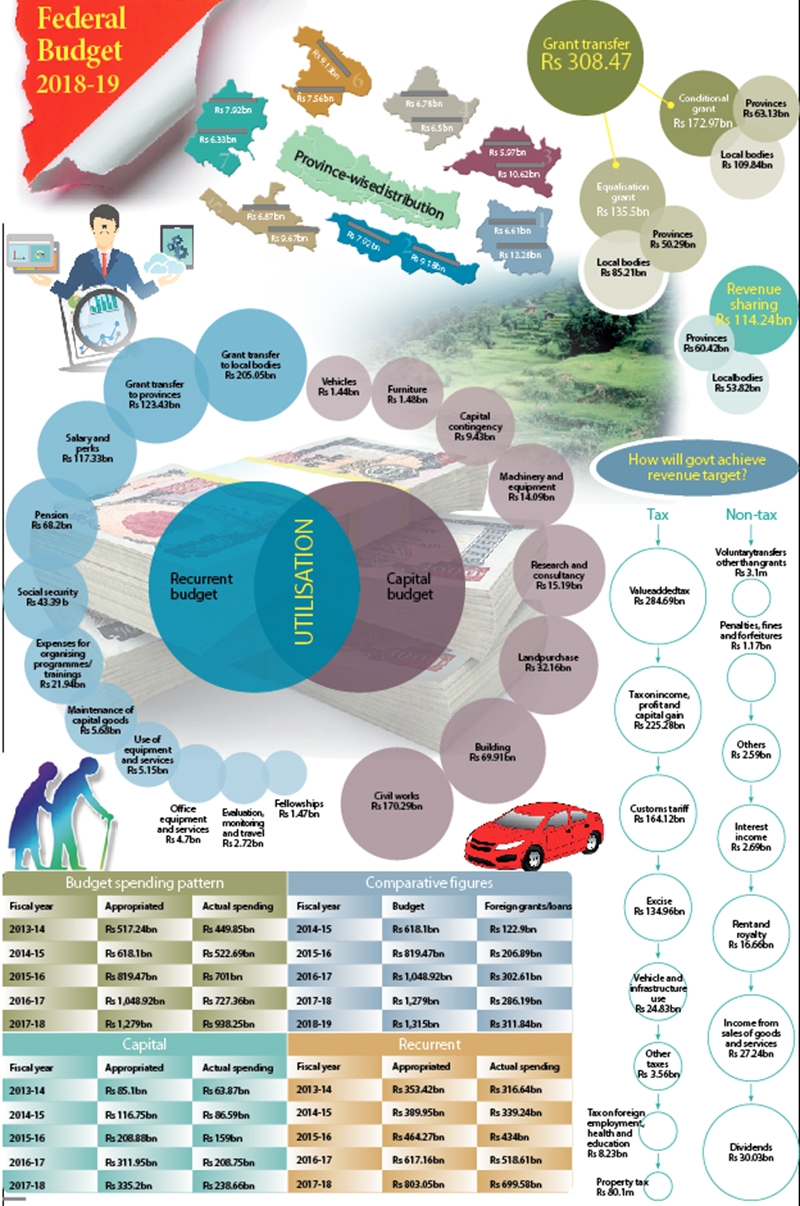 Along with growth target of eight per cent and aim of creating fresh jobs for 500,000 individuals, the fiscal budget has set targets for each sector from the allocated resources.

Economists and experts have termed the budget ‘realistic and balanced’. Former finance secretary Rameshwore Khanal said the finance minister seemed to have realised that prosperity could not be achieved through distributive and populist programmes similar to that launched by past communist governments. The federal budget has encouraged investment in the economy considering how low investment is a major constraint for economic growth.

Finance Minister Khatiwada, who had reiterated channelising resources of the banks and financial institutions to production sector, has unveiled loan schemes for migrant returnees, women, youth and members of Dalit community.

The federal budget has announced project loan of up to Rs 1 million for returnee migrants based on certification of their skills. The fiscal budget has also announced loan of Rs 700,000 to youths against collateral of their academic certificates. Education loan will be provided at five per cent interest to students of economically-backward and marginalised groups. The budget has provision to provide guarantee on both aforementioned loan schemes and insure the enterprise run by the borrowers.

The federal budget has announced subsidising interest rate by up to five per cent on loans of up to Rs 1 million for Dalits on group guarantee, to encourage them towards community-based production schemes.

The budget has announced loans of up to Rs 1.5 million for women-run projects with specific skills on group guarantee by subsidising interest rate by six per cent. These schemes aim to boost production and support poverty reduction in an inclusive and gender-friendly manner.

The fiscal budget has announced foreign direct investment will be discouraged in non-tradable sectors and FDI will be promoted in sectors that produce goods and services for exports and will have optimum value addition in the economy. The budget has offered five per cent cash incentive on exports.

The budget has announced incentives to boost agriculture production. The government will bear 75 per cent of insurance premium on agriculture, livestock and fishery. The federal budget has allocated Rs 5 billion for subsidising interest in agriculture credit for the fiscal 2018-19. Likewise, 25 per cent grant will be provided to farmers’ cooperatives for purchasing equipment for processing milk, meat, fruits and vegetables and similar amount of grant will be provided for establishing factories of silk, cotton and wool. Sugarcane growers will get grants based on production.

A total of Rs 3.89 billion has been allocated for rehabilitation of bonded labour force.

The fiscal budget has given due priority to tourism sector and allocated Rs 5.2 billion for development of the sector with the aim of bringing two million tourists in the next two years.

Apart from regular projects, the fiscal budget has announced Madan Bhandari East-West Highway along the Chure range as a new priority project and allocated Rs 4.5 billion for it.

Former finance minister Ram Sharan Mahat alleged that a large chunk of the budget worth Rs 156.28 billion, which is around 12 per cent of the total budget, has been concentrated in the prime minister’s office, which is the highest amount in the history of budget system.

The federal budget has transferred Rs 113.43 billion to seven provinces and Rs 195.05 billion to 753 local bodies in equalisation and conditional grants. Under the revenue-sharing scheme, the provinces and local bodies have received Rs 60.42 billion and Rs 53.82 billion, respectively, from the divisible fund.

KATHMANDU: Finance Minister Yubaraj Khatiwada has launched the first ever federal budget of Rs 1.315 trillion for the fiscal year 2018/19, today.

Out of the total budget, government aims to utilise Rs 845.5 billion as recurrent expenditure. Likewise, Rs314.28 billion and Rs155.18 billion have been earmarked for capital expenditure and financing provision, respectively.

Moreover, the government has set a revenue collection target of Rs 831 billion. Likewise, the government will seek foreign grants and loans of Rs58 billion and Rs 253billion, respectively. Internal loan amounting Rs172 billion is expected to balance the expenditures and sources of the budget.

Economic growth in the upcoming fiscal has been projected at 8 per cent.

Rs 3.10 billion has been allocated to initiate Prime Minister Employment Programme with an aim to generate employment opportunities. Moreover, the government has decided to provide 5 per cent concessional loan of Rs 700,000 backed by educational certificates to help young entrepreneurs to launch their ventures.

Prime Minister, members of the Council of Ministers, members of both the houses of the parliament and foreign dignitaries were attending the presentation.