Court verdict will take into account severity of the crime 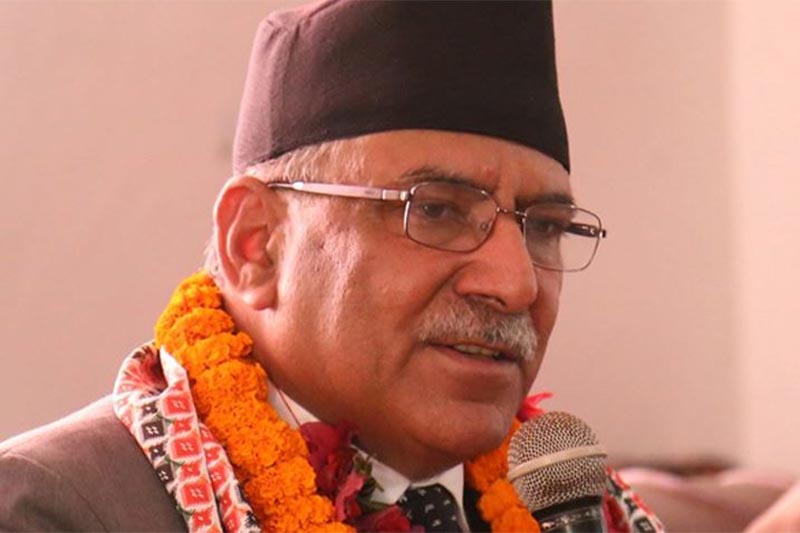 Nepal Communist Party (NCP) Chairperson Pushpa Kamal Dahal addresses a reception organised by NCP Banke, on Tuesday, November 5, 2019. Photo courtesy: cmprachanda.com
Speaking at a press meet organised by Press Organisation, Dang, at Dang’s Ghorahi, Dahal admitted that Mahara had made a mistake. He expressed confidence that the court would deliver its verdict in proportion to the severity of crime committed by Mahara. He asked Mahara to start serving people from a new angle. When asked about his previous statement on the need of an agitation, Dahal said the incumbent government led by KP Oli would last for its full term. “I talked about agitation related to construction and development work. A project supposed to finish in one year takes four years to complete. Even the prime minister has directed for timely completion of projects. But, projects are not moving ahead as planned,” Dahal said. When asked about India placing Lipulek inside its territory in a newly-released political map, Dahal responded that he was yet to study the issue. “I am trying to fully comprehend the situation. The government is taking the issue very seriously. If India has placed Lipulek inside its territory, this is not acceptable at any rate,” Dahal clarified. He informed that the government had started a diplomatic initiative to settle the issue. Dahal recalled that he had expressed discontent regarding Lipulek with Indian Prime Minister Narendra Modi during his visit to India.  “If India has placed Lipulek inside its territory despite our discontent, Nepal will protest it diplomatically and politically,” he said. Dahal said he and Prime Minister Oli were positive to make Dang the provincial headquarters of Province 5.
#Pushpa Kamal Dahal #Krishna Bahadur Mahara #Nepal Communist Party (NCP) #ethical mistake #Krishna Bahadur Mahara attempt to rape case
You May Also like: