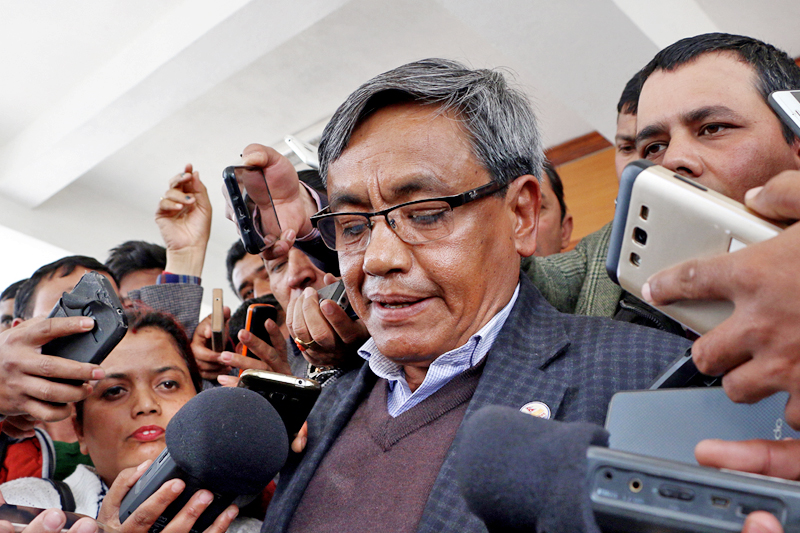 KATHMANDU: The government on Monday decided to increase the number of local bodies in Province 2 as recommended by a panel headed by the Minister for Federal Affairs and Local Development Hitraj Pandey.

A Cabinet meeting held this morning made the decision that the suggestions extended by the panel were appropriate, informed the Minister for Information and Communications Surendra Kumar Karki according to the meeting.

Earlier, the panel had submitted a report to the government, arguing the number of local bodies in the Madhes region should be increased to make it on a par with the population density there.

The Local Bodies Recommendation Commission had recommended the government to create 719 local bodies.

Meanwhile, the meeting also decided to begin discussions on the Constitution amendment bill tabled at the House from the Parliament meeting scheduled for Tuesday.

Likewise, the meeting decided to reactivate the Federal Commission to address demands of Madhesis, Tharus, indigenous nationalities and women.

Cabinet meeting likely in the evening to announce poll dates

Meanwhile, the Cabinet is likely to hold another meeting today itself to announce the dates for local level elections.

Earlier, it was expected that the morning meeting would announce the much-anticipated dates despites warnings of protests and violence from the Madhes-centric parties.

The ruling coalition partners, Nepali Congress and CPN Maoist Centre, on Sunday had decided to announce local poll dates as soon as possible while continuing efforts to convince the agitating United Democratic Madhesi Front and forwarding the Constitution amendment process.

The ruling parties' attempts to convince the UDMF had repeatedly failed.