Health and education are fundamental rights of people: Leader Dahal 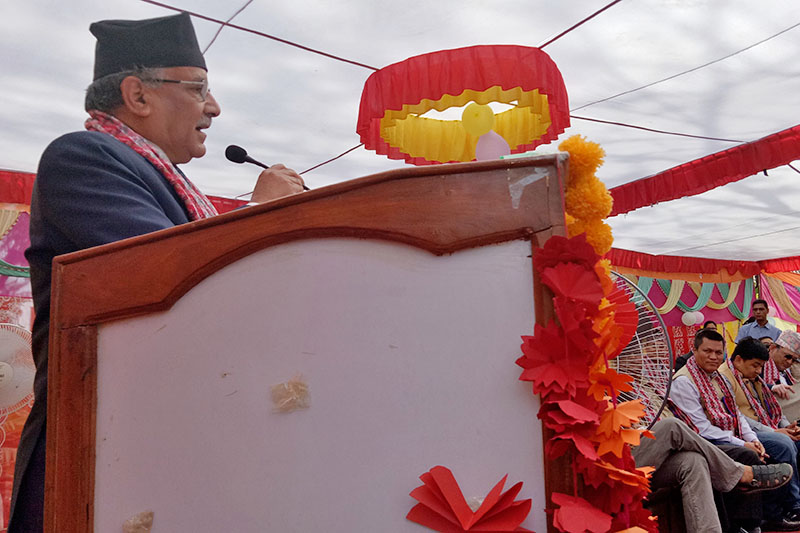 Everyone will have equal access to health and education in a prosperous Nepal, socio-economic class won't determine their accessibility on it.

Leader Dahal said so while addressing a progamme organised on the occasion of 55th anniversary of Bharatpur Hospital in Chitwan on Sunday.

Infrastructure development won't alone bring prosperity and development referring to people in developed country where they are seen unhappy and frustrated, Dahal lamented.

He stressed on bringing prosperity with self esteem among Nepalis in the country.

Dahal also stressed on maintaining cooperation and unity among political parties for attaining economic prosperity in the nation. He said so while remembering the roles played by various parties in bringing major political changes in the nation.

Dahal also said, "Chitwan is evolving itself as medical city many more new medical centres are establishing in the region so as the numbers of new diseases. Research centres should be established to curb new diseases and Bharatpur hospital should take a lead role in such projects."

Similarly, former Health Minister Gagan Kumar Thapa, who was also present on the occasion, said, "Birth in certain class should not determine accessibility to health and education such practice should be stopped. While on the journey to prosperity, the self respect of Nepalis should not be compromised."

Bharatpur Hospital, which was established with 15 beds on 1956, is currently operating 600 beds.

#fundamental rights #Pushpa Kamal Dahal
You May Also like: