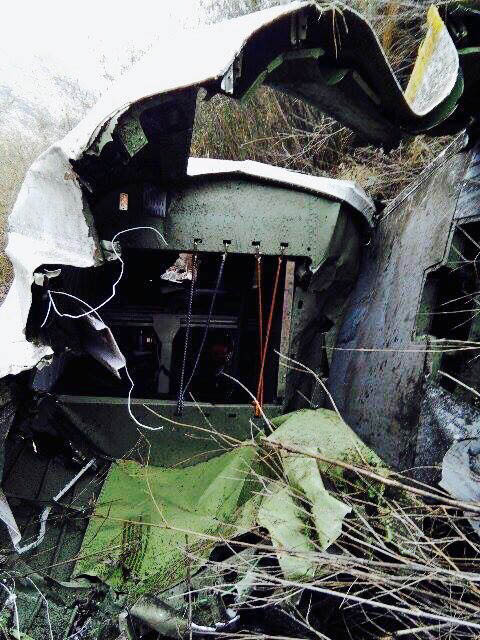 Wreckage of Tara Air's 9N-AHH aircraft that crashed in Soli Ghoptebhir of Dana VDC in Myagdi district. Photo: Nepal Army
Kathmandu, July 31 The fatal Tara Air accident of February 24, in which 23 people were killed, occurred due to human error, a probe panel formed to investigate the cause of the air accident, said today. Submitting its report to the Tourism and Civil Aviation Minister Ananda Prasad Pokharel, the panel said human error was the cause for crash. The pilot had diverted plane to left of the dedicated route because it was enshrouded in cloud. “The pilot had not followed the basic rules of VFR flight and entered the cloud and lost awareness of the situation,” said the investigation report. “The pilot had deviated from the flight plan and had flown in between two hills while crossing Tatopani of Myagdi. The pilot had then turned the aircraft to the left ignoring the ground proximity warning system and the plane hit the cliff.” Immediately after the crash, the government had formed a five-member investigation panel to submit a report on the crash. The panel led by Rajesh Raj Dali, former director general of Civil Aviation Authority of Nepal, comprised Aeronautical Engineer and Air Safety Specialist Deepak Bastola (serving in Nepali Army), Nepal Airlines Captain Shrawan Rijal, Simrik Airlines Engineering Director Ram Prasad Koirala and Joint Secretary of Ministry of Culture, Tourism and Civil Aviation Suresh Acharya. READ ALSO:
#Tourism and Civil Aviation #Tara Air #Tara Air crash #human error #aeroplane crash
You May Also like: