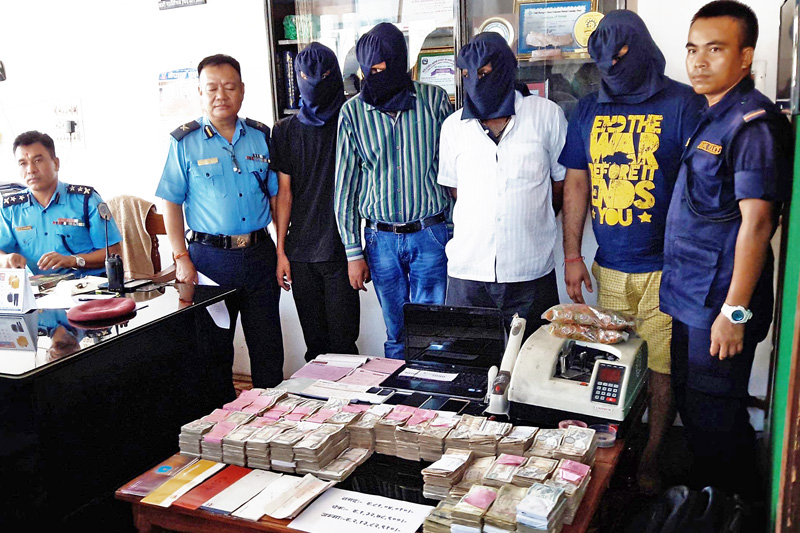 BIRGUNJ: Police have arrested five persons on the charge of illegally operating a hundi business and seized Rs 8.1 million cash and various bank cheques with the face value of Rs 13.2 million from Birgunj of Parsa district on Sunday.

Acting on a tip-off, a special police team deployed from the Parsa District Police Office's Crime Division had raided a house of Santosh Kumar Jain in Birgunj Sub-Metropolitan City-7 and seized the large amount of cash and bank cheques.

Police had raided an office operated in the house for three hours, from 11 am to 2 pm.

According to the DPO spokesperson, DSP Chakra Raj Joshi, the suspects have been detained at the DPO custody for further investigation.