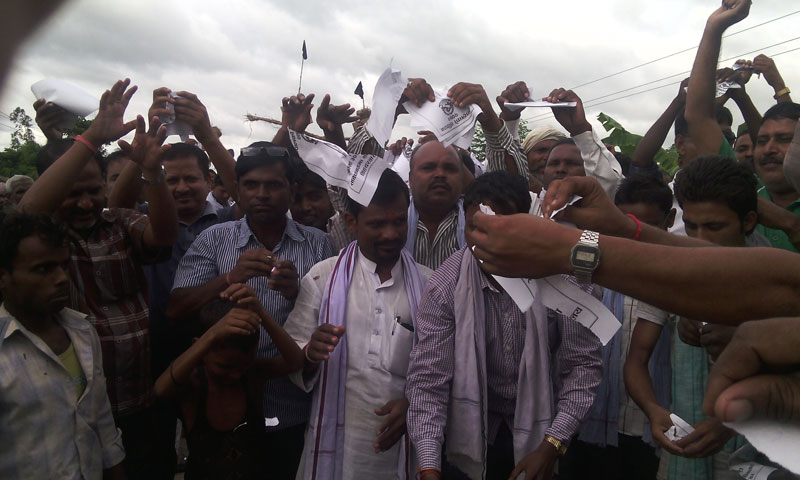 RAUTAHAT: Tensions ran high in Garuda Bazaar in Rautahat district after a clash took place between protesters and police after the protesters tried to burn a copy of constitution, this afternoon.

Following the clash, the District Administration Office had clamped an indefinite curfew from 5:30 pm today in the municipality area.

The police used force after protesters pelted stones targeting them.

As many as six protesters were injured in the clash.

The security force fired 50 rounds of tear gas and 45 rounds of firing in the open to disperse the gathered protesters, Garuda Area Police Office, Garuda said.