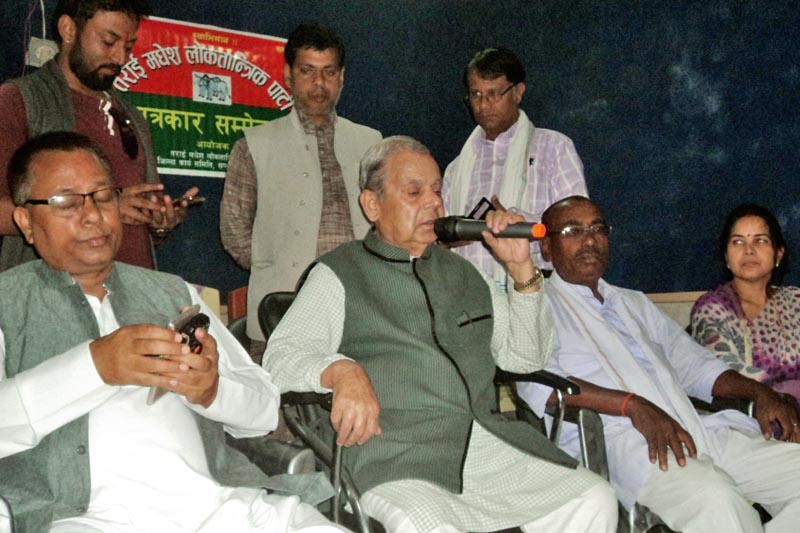 Tarai Madhes Democratic Party Chairman Mahantha Thakur interacts with media in Rajbiraj of Saptari district, on Monday, March 27, 2017. Photo: THT
RAJBIRAJ: Tarai Madhes Democratic Party Chairman Mahantha Thakur on Monday revealed that major Madhes-centric parties were mulling over the merger. Speaking with journalists in Rajbiraj of Saptari today, Thakur informed that the talks for the same, however, had been stuck halfway due to their disputes over the leadership and the organisational structure. He said the unification could be possible as all the parties were focused on issues of the Madhes. Likewise, the parties were one about creating pressures against the government, he added. In another context, Thakur reiterated that the Constitution amendment should be endorsed before the local polls. He said the ruling parties should forge an agreement among them on the amendment issue before holding talks with the agitating parties.
#saptari district #Tarai Madhes Democratic Party #local polls #Mahantha Thakur #Madhes-centric parties
You May Also like: