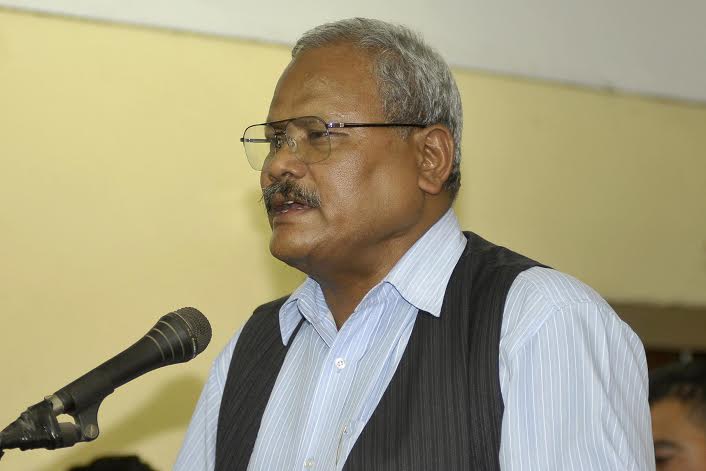 BIRATNAGAR: Deputy Prime Minister Bijay Kumar Gachhadar on Tuesday said it was unfortunate that United Democratic Madhesi Front leaders are visiting New Delhi and Bihar instead of resolving the issues of provincial boundaries through the amendment of Constitution.

Gachhadar, who is also the chairman of Madhesi Janaadhikar Forum (Democratic), accused the UDMF leaders of provoking people and making them suffer in the name of Madhes agitation. He was speaking at a cadres' meet here in Biratnagar today.

Saying the Constitution has already been amended as per the demands of UDMF and there was no essence of continuing blockade and general shutdown for the demarcation of provinces, the Deputy Prime Minister urged the agitators to take up peaceful means.

He claimed that Nepal's Constitution was one of the best constitutions in the world as it has ensured rights to Madhesi, Aadivasi, Janajati, Tharu, Dalit and women.