Muglin bridge to come into operation from last week of June 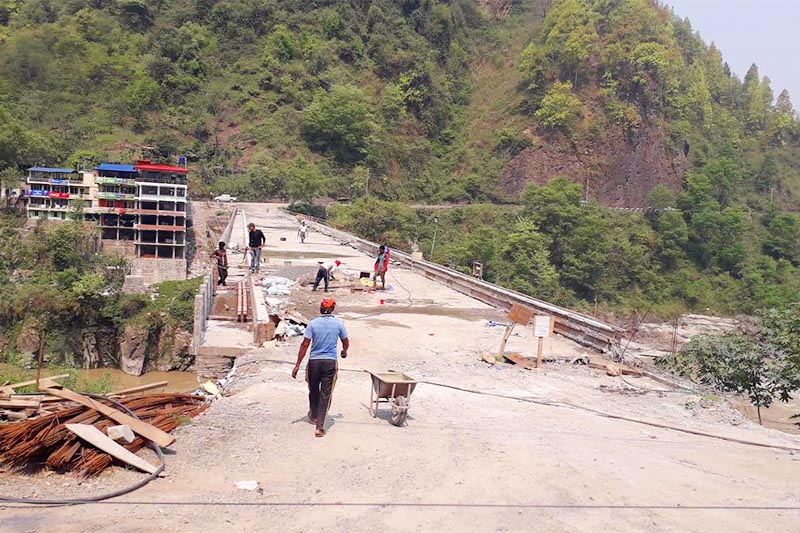 A view of the under-construction bridge over the Trishuli River in Mugling, Chitwan, on Wednesday, May 22, 2019. Photo: THT
Damauli, May 22 Construction of Muglin bridge spanning the Trishuli River, tipped to be a model bridge project in the entire country, is almost over. According to sources at the Bridge Project Sector Number 2, Mid-region, Patandhoka, Lalitpur, the bridge that links Chitwan’s Mugling to Tanahun’s Anbukhaireni will come into operation from towards the end of June. According to project engineer Ramesh Subedi, a few things related to colouring and installing railing on the bridge are left. Further, the engineer claimed that the 160-metre long arch bridge will be the longest of its type and a model one in the entire country. The bridge is being constructed with 120 million rupees from the World Bank. Construction of the bridge had started in view of the degrading condition of the existing bridge.
#Muglin bridge #Trishuli River
You May Also like: