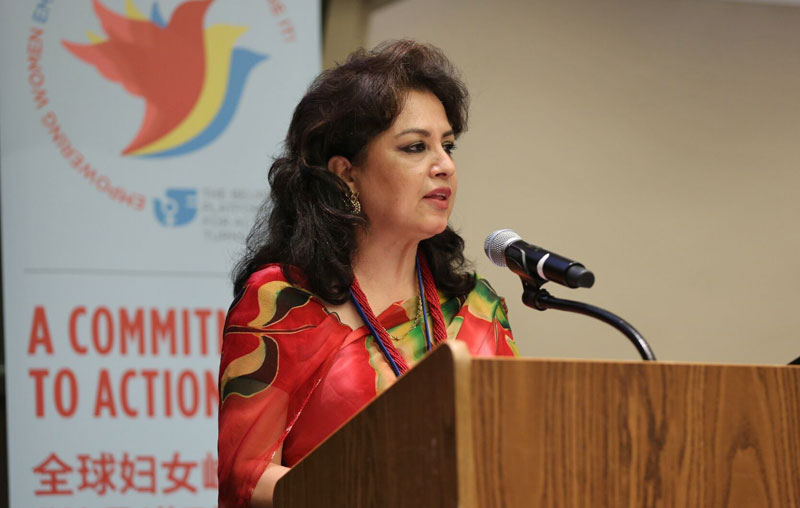 Nepal's Bandana Rana addressing a meeting of the UN heads of state as a global civil society representative in New York on September 27, 2015.

KATHMANDU: Nepal's Bandana Rana urged the world leaders to position gender equality at the core of development priorities at the meeting of UN Global Heads of State in New York.

Addressing the meeting, on Sunday, yesterday as one of the two global civil society representatives, she pointed out the need to critically address issues regarding women's economic rights and participation in decision making, and elimination of violence against women and girls as well as harmful practices that, she said, elementary for transformational change that the 2030 development agenda sets out to achieve.

Transcript of her speech:

- Where every family rejoices at the birth of a girl

- Where women and girls no longer face any form of discrimination

- Where women are equally represented in leadership positions, and have their voice heard and acted on by decision-makers

- Where violence of any form is unacceptable