KATHMANDU: A 22-year-old woman from remote Sankhuwasabha district successfully scaled the world’s highest peak becoming the first woman from the Bhote community to stand atop the roof of the world, according to officials. Rameshwor Niraula, an official at the Department of Tourism, confirmed that Nisha Bhote of Hatiya Rural Municipality in Sankhuwasabha scaled Mt Everest at 11:15 am on May 23. “The woman climber became the first woman from the community that specifically identify themselves as 'Bhote', who have a separate identity from other indigenous communities, to stand atop the roof of the world,” he said. According to Jamling Bhote, Managing Director at Ever Quest Expeditions, he along with his daughter reached the summit point as they found fair weather on May 23. She explored a message to the world that young women are equally capable of doing adventure activities as men, he said. 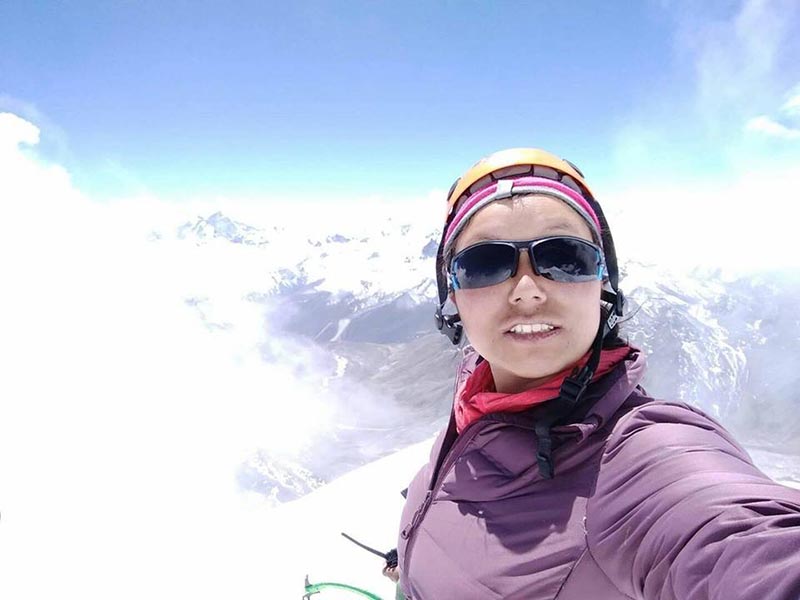 Photo Courtesy: Nisha Bhote
Talking to THT, Nisha, a bachelor level student at Nepal College of Travel and Tourism, had earlier said that she wanted to achieve her childhood dream of climbing to Mt Everest summit. Besides, she also wanted to draw attention to gender equality and women empowerment as well as the effects of climate change in the Himalayan region, she added.“She is skilled, courageous and strong as male climbers like me,” Nisha’s father Jamling said. Nisha had obtained a climbing permit for one-member ‘First Bhote Female Everest Expedition’.
#Sankhuwasabha #Nisha Bhote #Bhote woman #Bhote woman scale Mt Everest #Nepal College of Travel and Tourism
You May Also like: