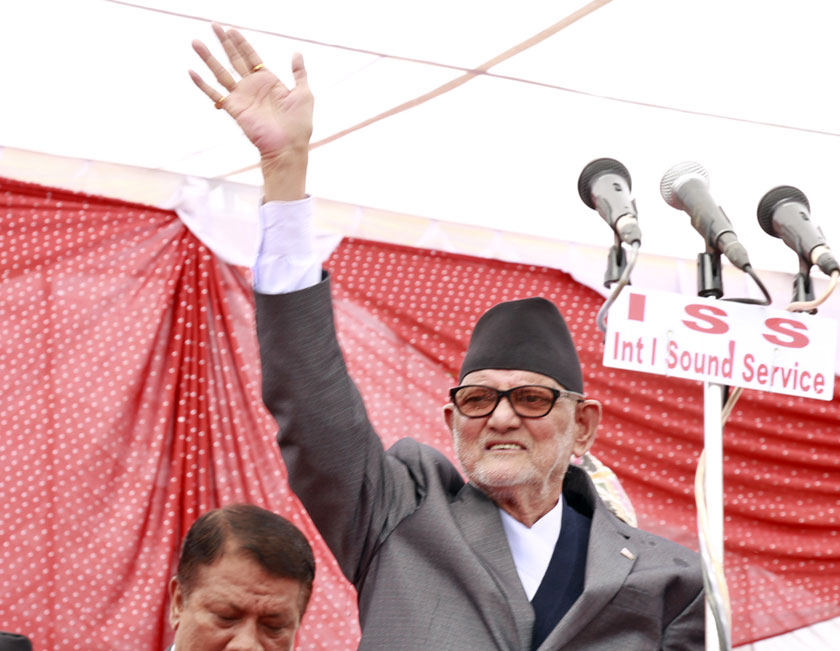 PM Koirala deputed Deputy Prime Minister and Minister for Federal Affairs and Local Development Prakash Man Singh in his place as the leader of Nepali delegation to the UNGA, as well as the Summit for the Adoption of the Post-2015 Development Agenda, being held in New York on September 25-27.

The Ministry of Foreign Affairs said in a statement that the prime minister called off his visit in view of the political developments in the country after the promulgation of the Constitution on September 20.

Koirala was scheduled to fly to New York this afternoon and return home on October 4.

DPM Singh left for New York in a Qatar Airways fight this evening. Others in his delegation, including Foreign Minister Mahendra Bahadur Pandey and Officiating Foreign Secretary Shankar Bairagi, left before him 4:00pm, as per the earlier arrangement.

Before MoFA announced the cancellation of prime minister’s visit Indian Ambassador to Nepal Ranjit Rae had called on PM Koirala at Baluwatar. A source claimed that Prime Minister Koirala decided to call off his visit after knowing from the Indian envoy about the slim chance of his meeting with Indian counterpart Narendra Modi on sidelines of the United Nations General Assembly.

“What the Prime Minister decided was purely because of domestic political situation. He considered his presence at home was essential in this critical hour,” Bhattarai told The Himalayan Times.

He said PM Koirala was taking initiatives to take all agitating Madhesi-Janajati forces on board through dialogue and negotiation.