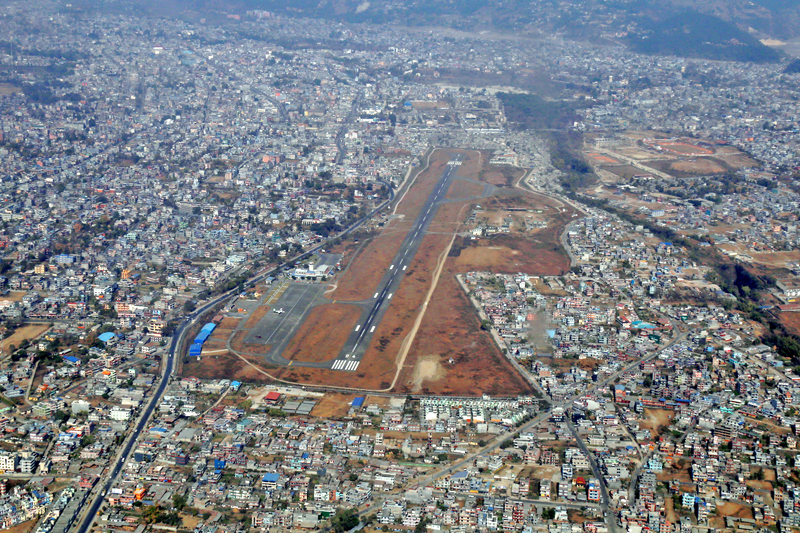 An ariel view of the Pokhara Airport in Lake City of Kaski district as captured on Friday, January 27, 2017. Photo: RSS

Chinese Ambassador to Nepal, Yu Hong, today made on-site inspection of the area in Pokhara where the preparations for construction of the international airport is taking place.

Top leaders of political parties including the then prime Minister and CPN-UML Chairman, KP Sharma Oli, had laid the Foundation stone for the construction of airport on April 13, 2016.

On the occasion, Chinese Ambassador Hong said that the construction of the international airport was prolonged due to delay in signing loan agreement with Exim Bank of China.

She clarified that the loan agreement would be signed and construction would move ahead soon as necessary process in that connection has already been forwarded.

The Chinese ambassador was accompanied by Vice President of CMCE Company — which was awarded a contract to construct Pokhara International Company.