Pokhara airport will be ready ahead of deadline, says minister 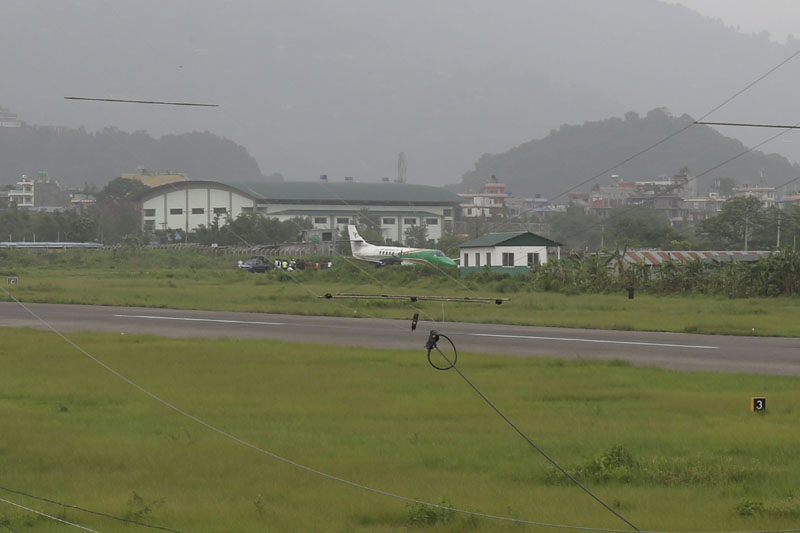 Stakeholders seen near an aircraft of Yeti Airlines which veered off the runway at Pokhara airport after facing a glitch in hydraulic systems on Sunday, June 17, 2018. Photo: RSS

Minister of Tourism and Civil Aviation Rabindra Adhikari has claimed that construction of Pokhara airport will complete well before the deadline.

“I’ve often heard people doubting if the airport will ever be constructed, but the work as now started and there is no way anyone can stop the project on any pretext,” said the minister, adding the project is likely to be completed around six months earlier than the stipulated deadline if current pace of work continues.

The minister was speaking after inaugurating the third Kahun Dharahara Festival today.

Further, citing the arrival of over one million tourists to the country via air in the past 11 months of this fiscal, the minister expressed confidence that meeting the target of attracting two million tourists in 2020 won’t be a tall order by any account.

On a different note, the minister conveyed the government’s commitment to prosperity and development of the country.

“Under the federal set-up, there are three levels of government and all of them will be working on the prosperity and development agenda. So the country will soon take development strides,” said Adhikari.

#Rabindra Adhikari #Pokhara Airport #Minister for Tourism and Civil Aviation
You May Also like: