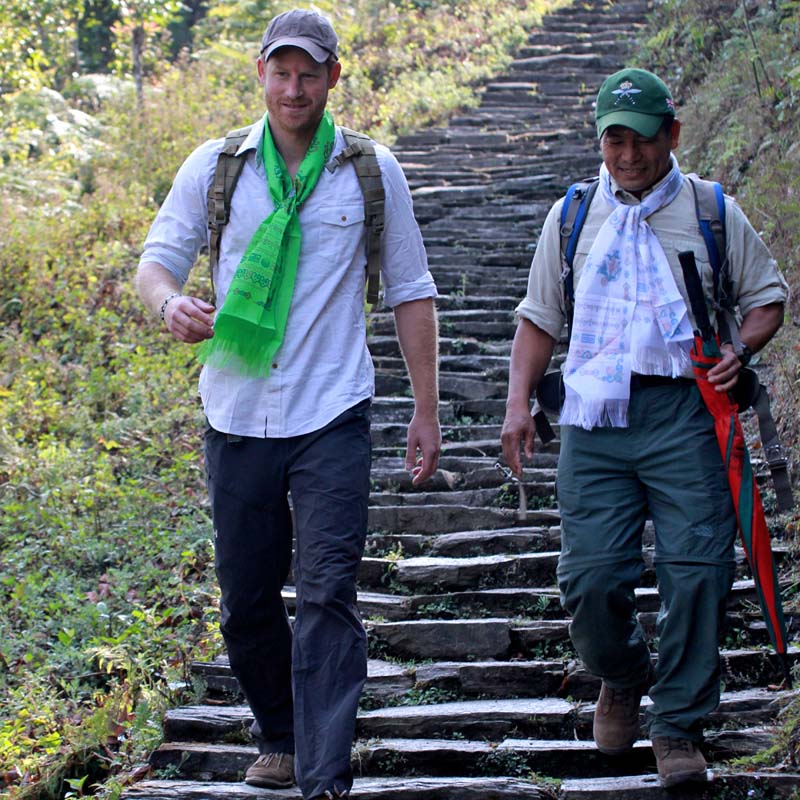 British Prince Harry embarks on a half-an-hour journey to Okhare by foot from Deurali of Lamjung, in Gainda VDC of Lamjung, on Tuesday, March 22, 2016. Photo: RSS

GORKHA: British Prince Harry is scheduled to return to Kathmandu today from Lapu village of Gorkha district, where he was volunteering for a school reconstruction.

The British Royal, who arrived in Lapu on Thursday, contributed to reconstruction of an 11-room building of Prabhat Kiran Secondary School in Lapu-3 from Friday.

The building was damaged by the April-May earthquakes last year. Locals said that Harry worked for four days continuously.

He would return to Kathmandu on a Nepal Army chopper.

The British Prince also visited the Naulikhola III Hydropower Project damaged by the quake and also extended support in its maintenance.

A non-government organisation Team Rubicon UK, which is carrying out reconstruction of the school, kept Harry's visit secret, saying it was his personal visit.

He extended his Nepal stay for six days, saying he wanted to get involved in reconstruction task.